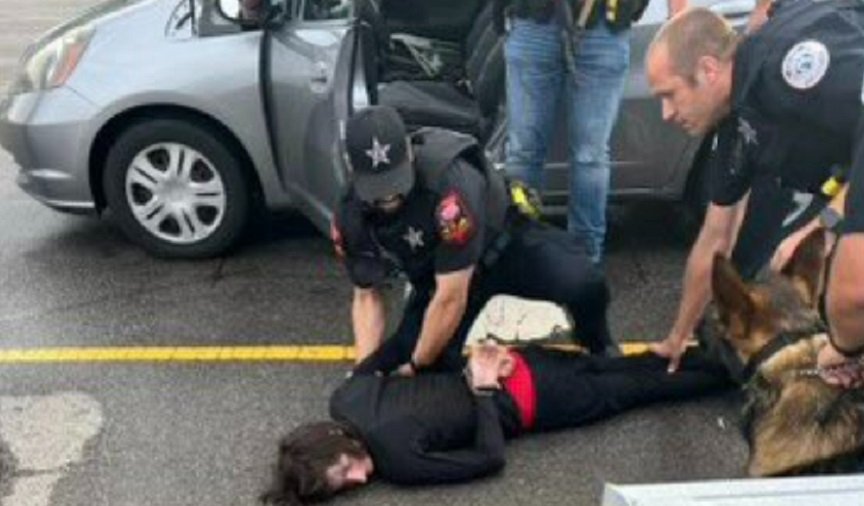 The suspected Highland Park shooter has been taken into custody following a brief police chase.

Robert “Bobby” Crimo, 22, was named as a suspect approximately one hour before being apprehended.

An officer reportedly spotted Crimo’s vehicle and chased him to Lake Forest before apprehending him.

This is the moment parade shooting suspect Bobby Crimo was taken into custody by police in Chicago’s northern suburbs. https://t.co/tvQ02c3mXC @WGNNews pic.twitter.com/TBNgaDlsyw

At least six people were killed in the shooting and 30 more injured. The victims, who were attending a Fourth of July parade just after 10 a.m. local time, ranged in age from eight to 80.

Suspect taken into custody in Lake Forest after a North Chicago officer noticed the vehicle and began a brief chase. @cbschicago

At least 6 people were killed and around 30 others were hurt in a parade shooting earlier today in the suburbs of Chicago.

Police say charges have not be filed at this time. pic.twitter.com/cIZrLJzMsy

Crimo, a rapper who used the name “Awake,” had a bizarre social media footprint — which included videos of the crime scene and animations that appeared to show how he envisioned his crime playing out.

The videos were eerily reminiscent of those created by previous mass shooter Randy Stair, also known online as “Andrew Blaze.” Blaze had also created cartoons that showcased his plans.

One of the now scrubbed videos from Highland Park suspect Robert Crimo AKA Awake The Rapper. This was long planned. pic.twitter.com/NWuQx66cFZ

FBI at Highwood, IL, home right now about a mile and a half from Highland Park shooting scene. Neighbor tells me Robert “Bobby” Crimo III lives here with family. pic.twitter.com/p4uBu8M8XW

Crimo’s father appears to be Robert “Bob” Crimo, who unsuccessfully ran for mayor in Highland Park in 2019.