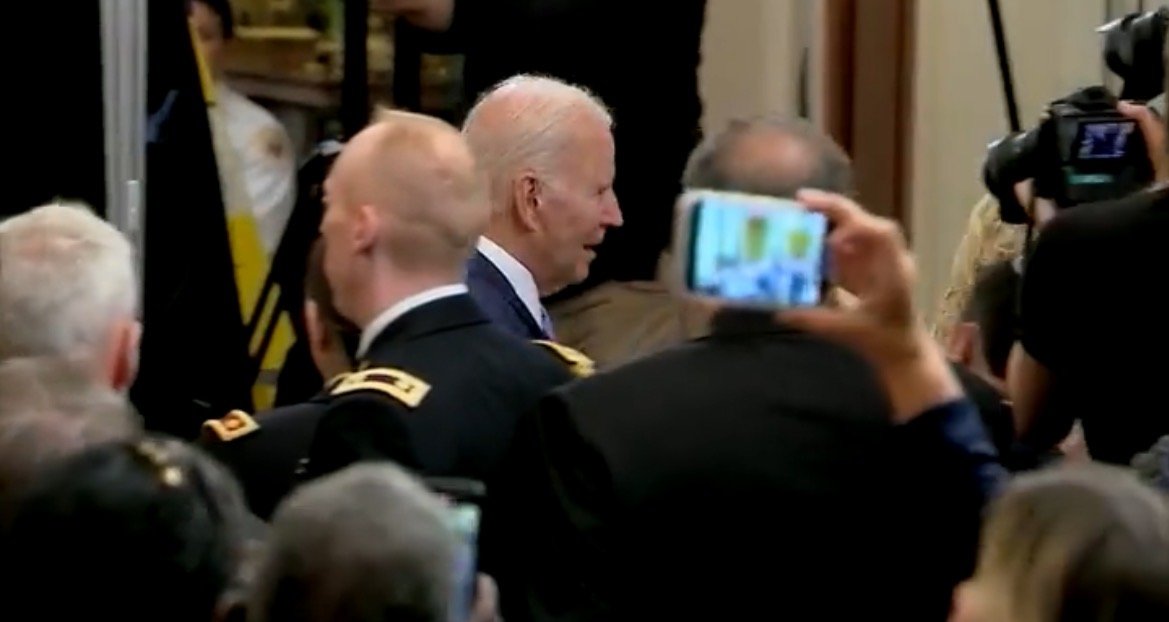 Joe Biden on Tuesday awarded the Medal of Honor to four soldiers who fought in the Vietnam War.

John Duffy was awarded for his gallantry and intrepidity above and beyond the call of duty while serving in Vietnam (photo courtesy of photojournalist Al Drago):

President Joe Biden awards the Medal of Honor to John Duffy during a ceremony in the East Room of the White House on Tuesday.

The medal was awarded for acts of gallantry and intrepidity above and beyond the call of duty while serving in #Vietnam. pic.twitter.com/GTvxJD0hEY

Joe and Jill Biden departed the East Room after the award ceremony.

Joe Biden shuffled out of the room (notice his gait) and ignored a reporter asking if he will visit Highland Park after 22-year-old Bobby Crimo shot 30 people, 6 fatally, at a Fourth of July parade on Monday.

“Mr. President, do you plan to go to Highland Park, sir? Are you and the First Lady planning to visit Chicago?” a reporter asked Biden as he shuffled away.