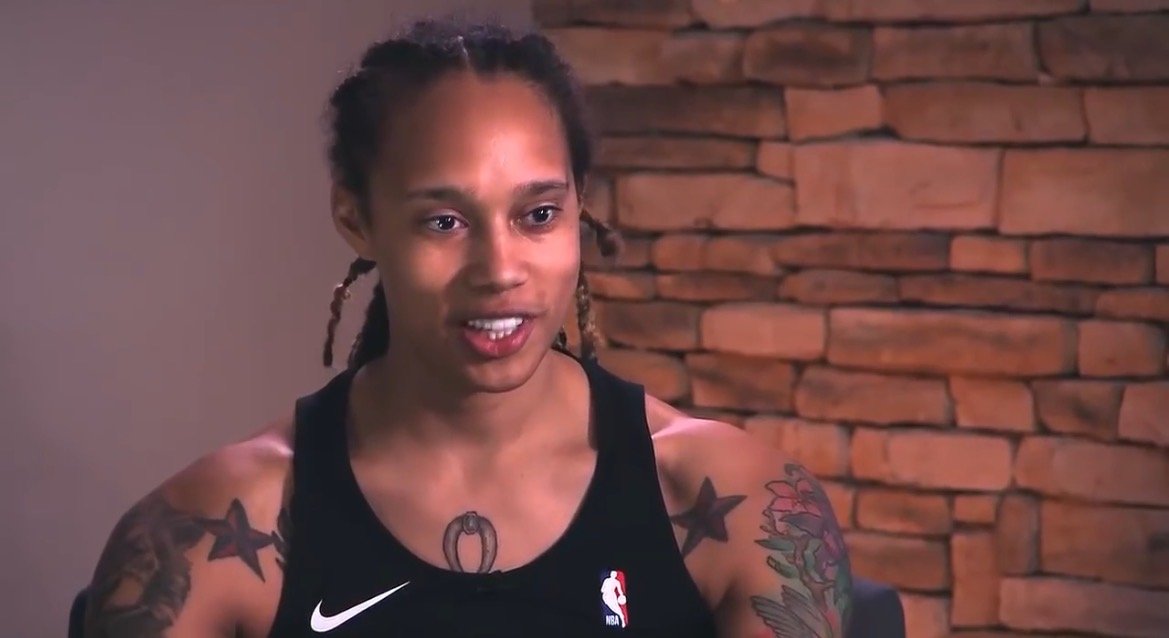 Biden Allows Brittney Griner To Rot In Russian Prison, Unlike His Predecessor Donald Trump Who Freed US Citizens, Biden Has Only Freed Terrorists Basketball player Brittney Griner begged Joe Biden in a handwritten letter on Monday afternoon to help free her from Russian prison after she was taken into custody earlier this year for allegedly having drugs in her possession as she entered the country.

Griner’s arrest came in the shadow of the Russian invasion of Ukraine, while Biden has authorized billions of dollars in aid to assist Ukraine’s efforts to resist Russia.

It is becoming increasingly clear that Biden has little interest in assisting Griner, although Biden pledged to be the ally to Black Americans throughout his presidential campaign.

As a candidate, Biden named systemic racism as one of the major crises facing the nation. Biden told Black voters things would be different.

“You’ve always had my back, and I’ll have yours,” Biden promised.

In a handwritten letter from Griner to Biden, she pleaded with him to help bring her home:

She said, “… as I sit here in a Russian prison, alone with my thoughts and without the protection of my wife, family, friends, Olympic jersey, or any accomplishments, I’m terrified I might be here forever.”

Griner went on to point out her father was a veteran, and she had deep emotions tied to her memories of celebrating Independence Day. She noted, “On the 4th of July, our family normally honors the service of those who fought for our freedom, including my father who is a Vietnam War Veteran. It hurts thinking about how I usually celebrate this day because freedom means something completely different to me this year.”

She pleaded with Biden, “I realize you are dealing with so much, but please don’t forget about me and the other American Detainees. Please do all you can to bring us home.”

Griner went on to note that she believed his propaganda during his presidential campaign, saying, “I voted for the first time in 2020 and I voted for you. I believe in you. I still have so much good to do with my freedom that you can help restore.”

She concluded saying, “I miss my wife! I miss my family! I miss my teammates! It kills me to know they are suffering so much right now. I am grateful for whatever you can do at this moment to get me home.”

Griner has a sorted past of her loyalty to the United States. She previously advocated for not having the U.S. National Anthem played during WBNA games and refused to be on the court while it was played.

Biden has markedly done very little to help free Griner, or other U.S. citizens detained abroad. This is a stark contrast to previous administrations, which worked on prisoner swaps or financial deals to negotiate the release of citizens abroad.

President Trump released 17 US prisoners held by foreign governments in his first two years in office.

Even Obama, while possibly not entirely lawful, negotiated the exchange of 5 Taliban members for the release of deserter Sgt. Bowe Bergdahl, who was being held in Afghanistan. Bergdahl turned out to be a despicable character but was still freed by the former president. He later pleaded guilty to desertion and misbehavior before the enemy in 2017 and has been slammed by former President Donald Trump as a “dirty rotten traitor.”

So far, Biden has only released terrorists held by U.S. authorities. In August, he reversed a Trump-era policy and released Guantanamo Bay prisoners in a bid to close the prison, releasing his first prisoner, accused terrorist Abdul Latif Nasser.

The post Biden Allows Brittney Griner To Rot In Russian Prison, Unlike His Predecessor Donald Trump Who Freed US Citizens, Biden Has Only Freed Terrorists appeared first on The Gateway Pundit.