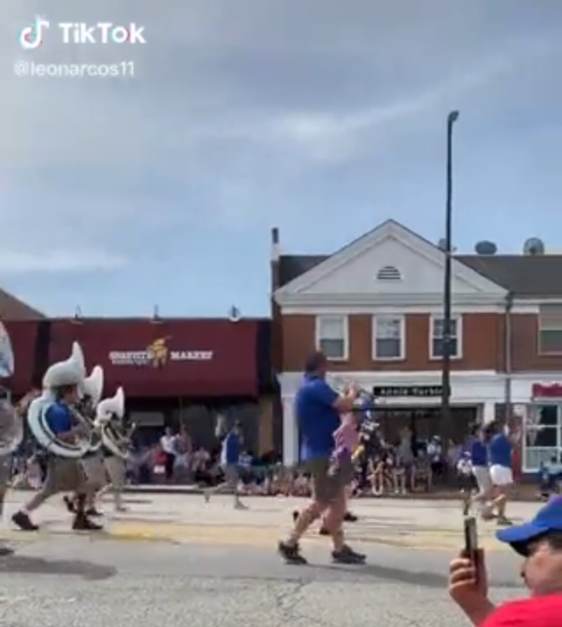 Mass panic ensued as the sound of gunshots erupted during a Fourth of July Parade in the northern Chicago suburb of Highland Park, Illinois Monday morning. Several people are reported to have been shot in the attack. Nearby towns have canceled their parades as a caution against similar attacks.

From a normal parade to panic in seconds: A young boy filming the parade captured the moment the gunshots were heard and the ensuing chaos.

The Chicago Sun-Times reported on the attack (excerpt):

The Highland Park Fourth of July parade ended in panic when shots were fired about 10 minutes after the parade kicked off at 10 a.m. Monday, striking an unknown number of parade-goers and sending hundreds of people running for safety.

Miles Zaremski, a Highland Park resident, told the Sun-Times: “I heard 20 to 25 shots, which were in rapid succession. So it couldn’t have been just a handgun or a shotgun.”

This article will be updated shortly.

Deerfield, Illinois, “Due to a shooting in Highland Park, Family Days activities at Jewett Park have been cleared and the parade is canceled. Please share that the parade activities are canceled with your family and friends.”

Due to a shooting in Highland Park, Family Days activities at Jewett Park have been cleared and the parade is canceled. Please share that the parade activities are canceled with your family and friends.

An unhappy 4th of July in Glenview after the parade was canceled as a precaution following shooting in Highland Park.

The post Several Wounded in Gunfire Attack on Fourth of July Parade in Chicago Suburb of Highland Park, Illinois; Nearby Towns Cancel Parades appeared first on The Gateway Pundit.