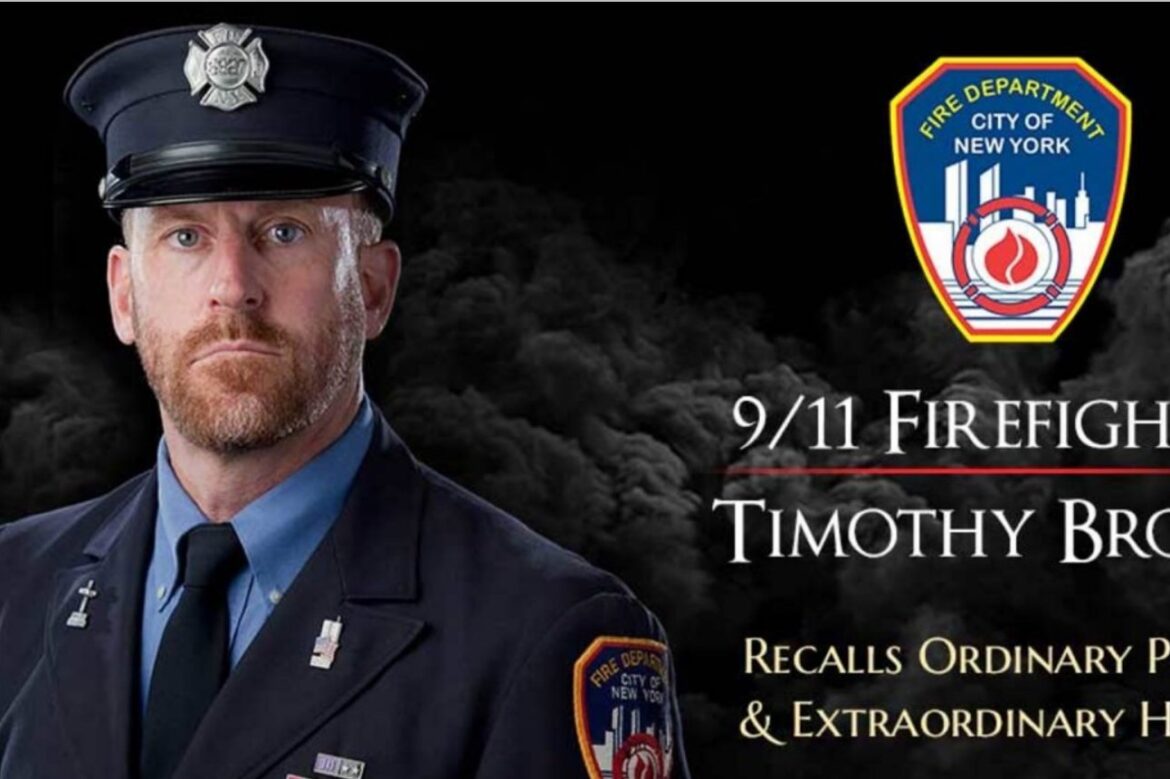 Firefighter Tim Brown, a 9-11 Survivor, Shares on the Close Relationship Between First Responders and the Military Firefighter Brown later became a great friend of Billy and Karen Vaughn, who lost their son in Afghanistan.

Elite Navy SEAL, Aaron Carson Vaughn, was killed August 6, 2011, when a Chinook helicopter carrying 30 American troops was shot down in Afghanistan. Aaron had just celebrated his 30th birthday.  He was a member of Extortion 17.

Aaron is remembered by many and every year there is at least one event in his honor.  A week ago was the 11th Annual Frogman swim and run in honor of Aaron.  Karen Vaughn shared some words with TGP on that day.

Firefighter Tim Brown shared on the close relationship between first responders and the military last week. It was a moving talk that we share here today with you.

Brown shares two stories from 9-11 about his fellow firefighters and how they fulfilled the ‘greatest love’.  “There’s nothing greater you can do than give your life for your neighbor and your country.”

Brown shares on 9-11 America needed help.  We needed to be safe and we needed heroes to protect us.

The post Firefighter Tim Brown, a 9-11 Survivor, Shares on the Close Relationship Between First Responders and the Military appeared first on The Gateway Pundit.