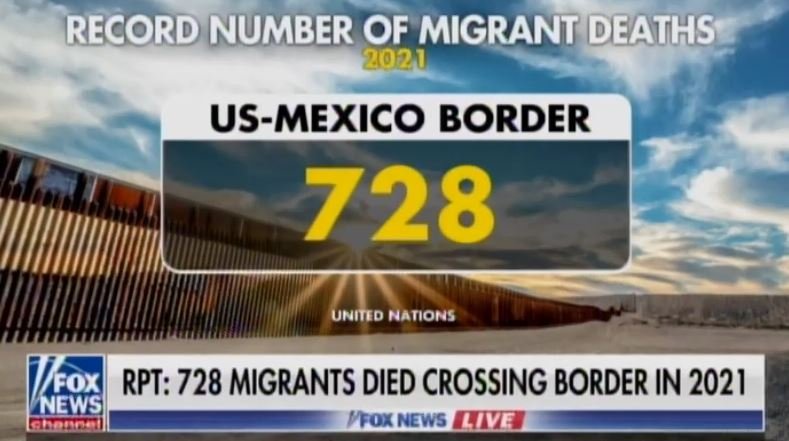 ANOTHER BIDEN RECORD: Over 728 Migrants Died Crossing Open Border Into the US in 2021 (VIDEO) The open US-Mexican border is the most dangerous in the world.

That’s not counting the bodies that are never found or the innocents slaughtered by the cartels on the way to the United States.

Biden can also boast of the most illegal aliens crossing into the US in history since he’s been in office.

The number of migrants crossing the U.S.-Mexico border in May broke all Department of Homeland Security (DHS) records, a record last set in March of 2000.

According to U.S. Customs and Border Protection (CBP) stats announced Wednesday, border authorities encountered 239,416 migrants during the month at the nation’s southern border.

#NEW The number of migrants authorities encountered at the U.S.-Mexico border in May shattered all Department of Homeland Security (DHS) records. https://t.co/IGbFr8genk

Joe Biden is destroying the country with his open borders. And his policies are resulting in hundreds of deaths at the open border.

This was a planned invasion.

And people are dying thanks to Joe Biden and his lawless regime.

The post ANOTHER BIDEN RECORD: Over 728 Migrants Died Crossing Open Border Into the US in 2021 (VIDEO) appeared first on The Gateway Pundit.