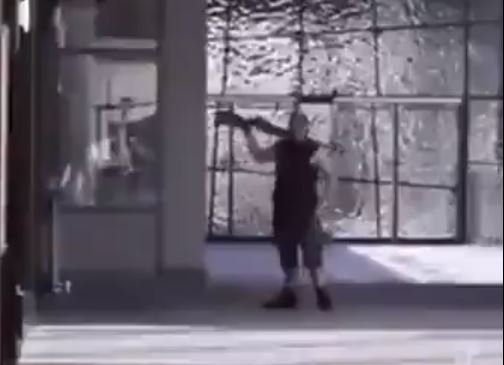 There was a mass shooting today at a mall in the Danish capital of Copenhagen.

The incident happened at Fields Shopping Mall in Copenhagen.

Video shows shoppers fleeing the building during the shooting.

Several people have been killed in a shooting at a shopping centre in the Danish capital Copenhagen, police say.

Announcing the deaths, police chief Soeren Thomassen said a 22-year-old Danish man has been arrested in connection with the attack.

Mr Thomassen said the motive was unclear, but that he could not rule out an “act of terrorism”.

Eyewitnesses have spoken of panic among shoppers as gunfire rang out inside the Field’s mall in the south of the city.

Here’s a photo of the alleged shooter roaming the mall. https://t.co/OzckR6kcYV
Another Video of Shopping Mall of shooter roaming in mall with Gun
New video of the shooter in #Fields #Copenhagen #Denmark#Shopping
Saying “they are not real” #Breaking #BreakingNews #viralvdoz #Shooting pic.twitter.com/MAwLhdvITv

Harry Styles was to perform on Sunday night at 20 give concert in the Royal Arena, located a few hundred meters from Field’s. His concert has been canceled.

There are several killed, and the police are massively present in Copenhagen.

This is what Chief Police Inspector Søren Thomassen from the Copenhagen Police says at a press conference after there has been a shooting in the Field’s mall on Amager.

The chief police inspector does not give a specific number of killed at the press conference, but talks about both more killed and injured.

One person has been arrested. According to Søren Thomassen, this is a 22-year-old ethnic Danish man. The perpetrator was arrested outside Field’s shortly after police arrived.

The police will not say whether the person is already known to the police. Nor will they disclose details of the crime weapon.

The police inspector will not deny that there may be terror, but does not yet know anything about the motive.

“We are investigating it as an incident where we cannot deny that it is terror,” he says.