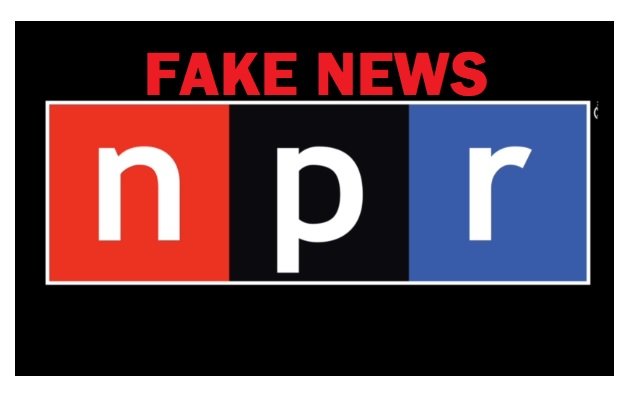 If you employ individuals in your business it is wise to ensure they are honest and fair.   Unfortunately, NPR is neither.

US taxpayers cover a significant amount of the expenses incurred by National Public Radio (NPR).  But this has been a raw deal for America-loving, God-loving, and Trump-supporting honest Americans.

For example, NPR recently shared that the critical race theory (CRT) was only a method of looking at history through race, not a sick and racist anti-American,  anti-white and communist theology pushed by those who detest America.

It’s like a headline from 1981 saying: “Republicans across the country are decrying communism, a political approach that emphasizes sharing resources and caring for one another.”

Don’t let them fool you. https://t.co/AOKmXTsQht

This weekend NPR wrote that some Americans in recent races are claiming that their primary elections were stolen:

While Trump has most notably spent the last 18 months denying his 2020 election defeat, despite clear evidence he lost, he’s not the only one. During this election cycle, candidates across the country have refused to concede – even in races that are not remotely close.

This week, a Colorado county clerk indicted on charges including election tampering finished last in the GOP Secretary of State race, refused to acknowledge her loss and accused officials of cheating.

NPR pushes liberal lies that the 2020 and says President Trump’s claims of the election being stolen are “baseless”.  This is sick.  Our media is sick.  Their constant lies about the 2020 Election are the worst and most communist-like reporting in US history.

The US media’s efforts in the Russia collusion fairy tale were bad.  Day after day of lies about candidate and President Trump being ‘Putin’s puppet’.  These lies were created by Hillary Clinton no doubt to cover up her and Obama’s crimes by going on the offensive and using their corrupt media and justice system.

Then in 2020 with ample evidence of election fraud and the stealing of the 2020 Election, the media again complies and men and women with no courage continue to this day to push the lie that Joe Biden received 81 million votes despite barely making it out of his basement before the election to meet 12 or less supporters in chairs surrounded by circles.

The left lies.  They are worse than ever and they own the media.  They are today as bad as Pravda in the  communist USSR.  And we are paying for it.