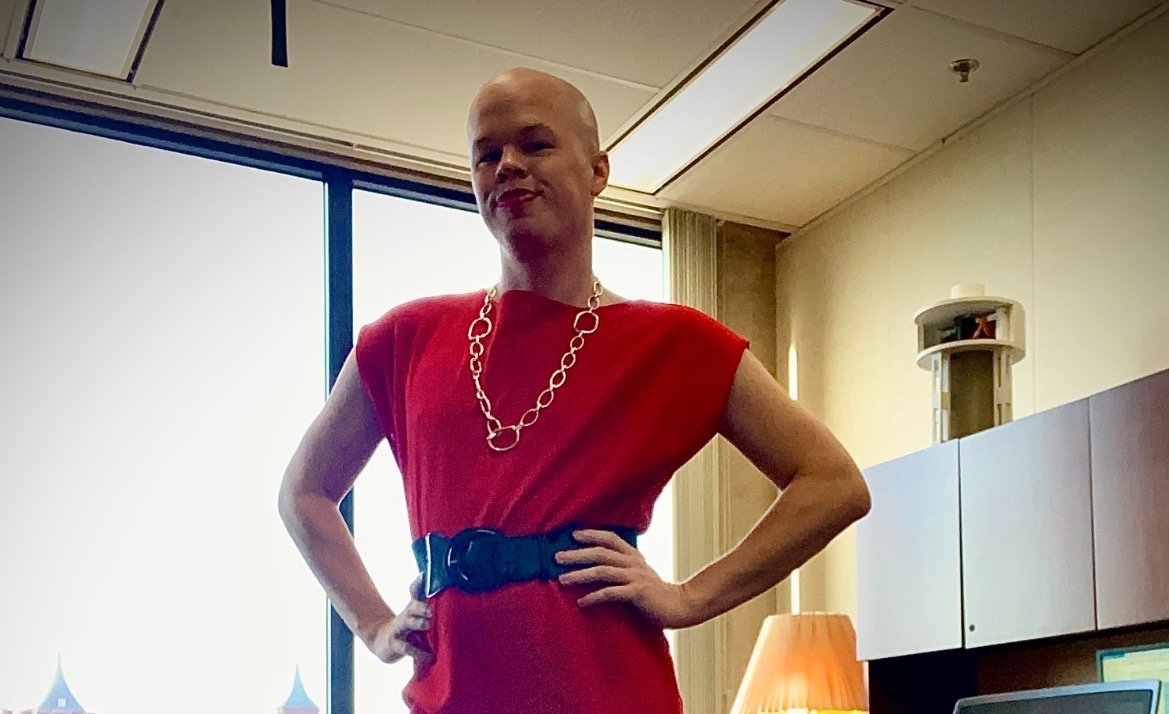 “Sam Brinton will be the deputy assistant secretary of Spent Fuel and Waste Disposition in the Energy Department’s Office of Nuclear Energy.” – Politico reported earlier this year.

Brinton is a “non-binary” drag queen into “kink” with “they/them” pronouns.

Sam Brinton this week announced he is now officially serving as the Deputy Assistant Secretary for Spent Fuel and Waste Disposition in the Office of Nuclear Energy in the Department of Energy.

Brinton posted a photo of himself wearing a red jumpsuit and American flag high heels.

It’s official. As of June 19th, I now serve my nation as the Deputy Assistant Secretary for Spent Fuel and Waste Disposition in the Office of Nuclear Energy in the Department of Energy. pic.twitter.com/zLq3Bf97X2

Brinton said he held off on making the announcement because of all the death threats he received.

But goodness is this a time for celebration! It’s really really official! The beautiful irony that the months-long process of getting me into this role culminated in a Pride month start date is not lost on me.

Brinton bragged about being the “very first genderfluid individuals in federal government leadership.”

As one of if not the very first openly genderfluid individuals in federal government leadership, I was welcomed with open arms into the Department of Energy all the way up to the Secretary whom I shared the stage with in a Pride month celebration panel just today.

A 2017 article in the newspaper at Rensselaer Polytechnic Institute said Brinton has a history of sexual fetishes and kinks with dog-role-playing.

“Throughout the entire talk, Brinton was open about his experiences, the kinks he partakes in, and the nature of his relationships,” the article reads. “He left us with countless anecdotes, like how he enjoys tying up his significant other like a table, and eating his dinner on him while he watches Star Trek.”

Our enemies are laughing at us.