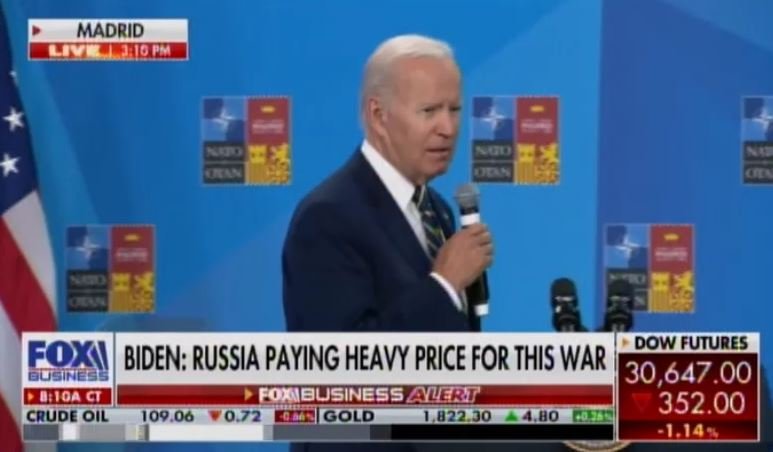 An overwhelming majority of Americans say the U.S. is heading in the wrong direction, including nearly 8 in 10 Democrats.

79% describe the Biden economy as “poor”. These numbers come from an AP-NORC poll.

Gas prices are at record highs — double what they were when Trump left office.

The middle class is being destroyed. On Friday morning Joe Biden was questioned on his devastating record and on an America that is going backward.

In response to the criticism, Joe Biden blamed the US Supreme Court.