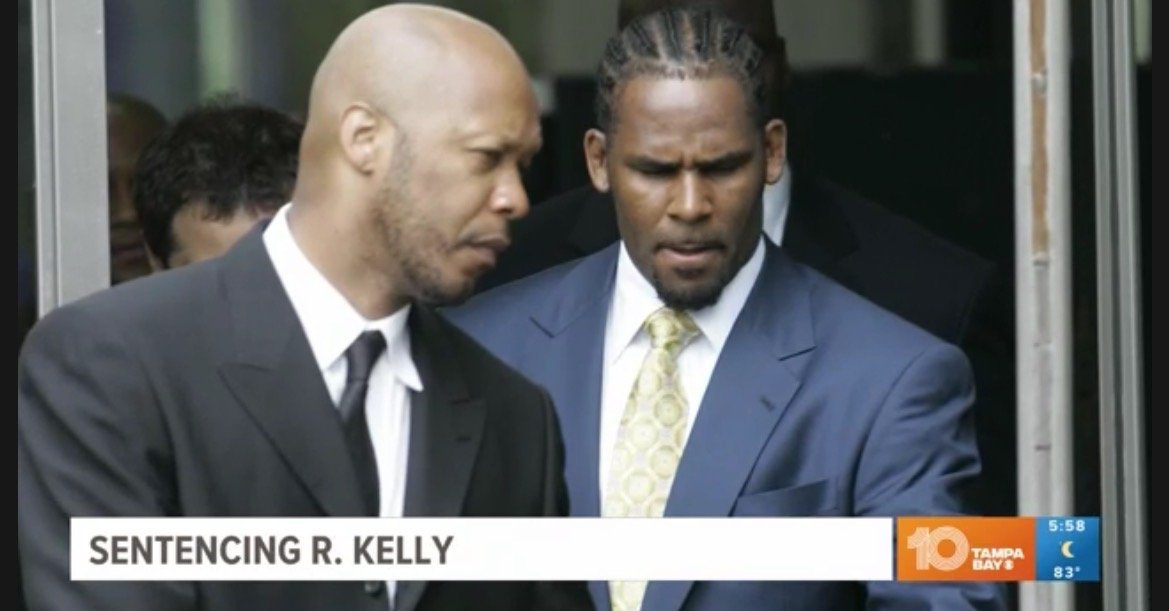 R&B singer R. Kelly, 55, was sentenced to 30 years in prison on Wednesday in a sex trafficking case.

R. Kelly was convicted on all 9 counts of racketeering and violating the Mann Act.

A Brooklyn judge handed down a 30-year sentence on Wednesday.

Kelly’s victims lashed out at him in the court room.

“You degraded me, humiliated me and broke my spirit,” said a woman, who went by Jane Doe No. 2. “I wished I would die because of how you degraded me.”

Disgraced R&B superstar R. Kelly was sentenced Wednesday to 30 years in prison, months after he was convicted on all nine counts against him in a high-profile sex trafficking case.

U.S. District Court Judge Ann Donnelly handed down the sentence in a Brooklyn courtroom after several of Kelly’s victims angrily addressed the convicted sex offender at the hearing.

The victim recalled an incident when she was forced to perform oral sex on the music star “after you played basketball, in a car full of your friends.”

“Do you remember that?!” she scolded Kelly, wearing olive colored prison scrubs over a long-sleeve white shirt and a black mask.

In the memo and during the trial, prosecutors argued that Kelly relied on his fame, money and popularity — and a network of people who surrounded him — to carry out his crimes.

“With the aid of his inner circle and over a period of decades, the defendant preyed upon children and young women for his own sexual gratification,” the memo said. “He continued his crimes and avoided punishment for them for almost 30 years and must now be held to account.”Jane Doe No. 1 cried as she addressed the court and said she spent years believing Kelly would never face justice.

The post R. Kelly Sentenced to 30 Years in Prison in Sex Trafficking Case appeared first on The Gateway Pundit.