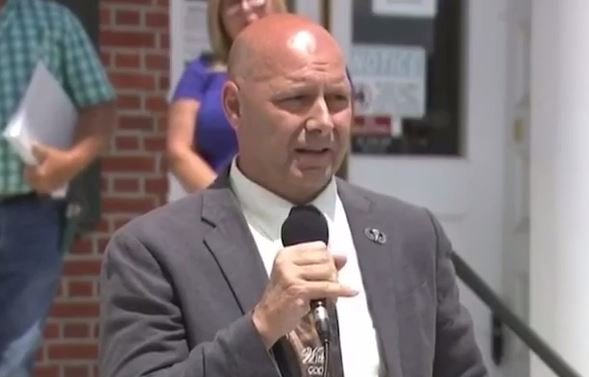 The legislation by Senator Doug Mastriano, the Republican gubernatorial candidate, gives more rights to those citizens who want to participate in the election process by observing the counting process.

Back in November 2020 Democrats locked Republicans out of the counting rooms for several days and manufactured one million votes to overtake Donald Trump’s massive lead in the state.

Democrats stopped their cheating once they took the lead days later.

This was one of the most blatant acts of election fraud in the country and took place in several Democrat strongholds. The Republican Party failed to take action when this cheating occurred. The GOP will likely be surprised the next election when Democrats do it again.

It was so bad that even Democrats complained of the cheating.

The Pennsylvania Republicans reported on June 6:

Senate Bill 573 – the Poll Watcher Empowerment Act – would allow all registered voters of Pennsylvania to be eligible to be a poll watcher in any precinct in the state of Pennsylvania.

The bill also ensures poll watchers can clearly observe the pre-canvassing and counting of all ballots. This includes having clear line of sight to observe the process within six feet or less.

Under the bill, candidates from all political parties could also increase the number of eligible poll watchers at a precinct from two watchers to three watchers.

In addition, Mastriano’s bill would stiffen penalties against any election official who blocks, impedes, or otherwise intimidates a poll watcher while performing his or her official duties on Election Day.

President Trump on Wednesday weighed in on this crucial piece of legislation — telling the Republican Senators how to get their bills passed into law.

Tie it to the state budget.