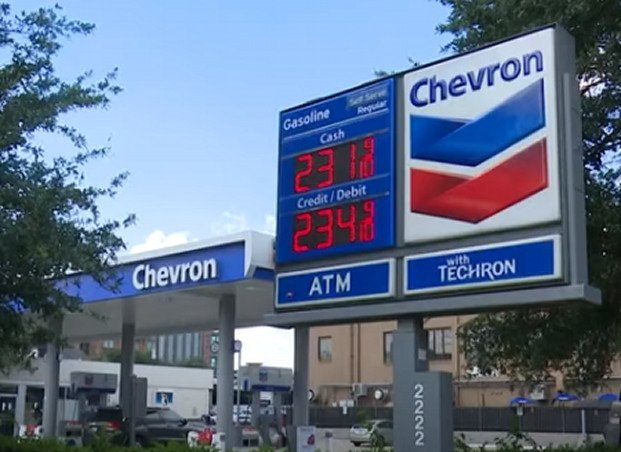 Chevron is the latest large American company planning to leave a blue state for greener pastures and a better business environment in a red state, in this case, Texas.

Texas is well known for energy production, so this is a perfect fit.

Once again, California is losing a major producer of jobs and tax revenue.

Chevron will sell California headquarters and move jobs to Texas

Chevron intends to sell its vast headquarters campus in San Ramon, keep its head offices in the same East Bay city and shift jobs to Texas, a move that could deal a fresh blow to the Bay Area economy.

The energy giant said it will cover relocation costs for some employees to move from San Ramon to Texas.

“Chevron plans to sell our Chevron Park campus and move to new modern leased space in San Ramon,” the oil titan said in comments emailed to this news organization.

The location of the leased space wasn’t immediately disclosed, other than it is in San Ramon.

However, Bishop Ranch, an iconic mixed-use office, retail and restaurant business park that’s adjacent to the current company headquarters in Chevron Park, has the capability to offer modern office spaces for tenants.

“The current real estate market provides the opportunity to right-size our office space to meet the requirements of our headquarters-based employee population,” Chevron stated.

This is part of a national trend.

After 140 years Chevron is moving its headquarters to Texas.

We call this the red state boom!

Biden played a role in this and not in a good way.

Chevron Chief Executive Michael Wirth on Tuesday rebutted White House officials’ criticism of the oil industry over energy costs, saying bringing down fuel prices will require “a change in approach” by the government.https://t.co/8odipClHSW

The business landscape of America is shifting rapidly and it’s going red, not blue.