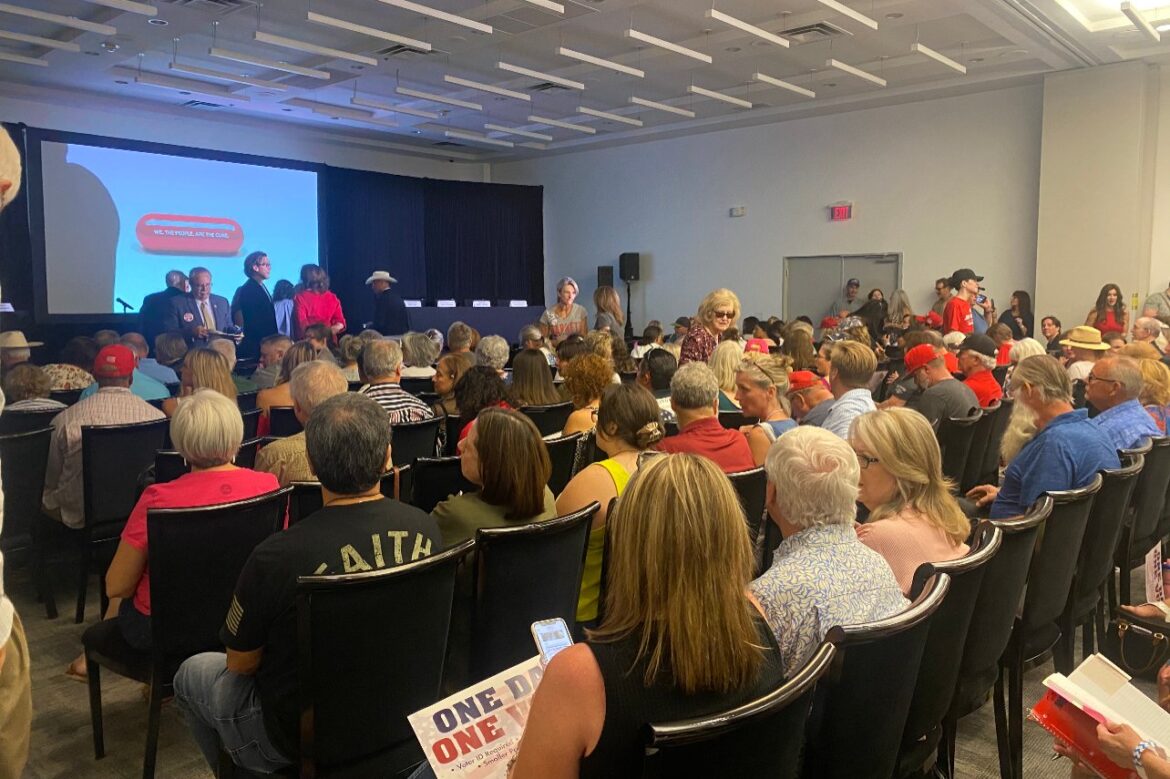 Inventor and data analyst Jovan Hutton Pulitzer will present the official results of his Maricopa 2020 Election paper ballot analysis tonight in Scottsdale, Arizona, on a panel with America First elected officials and candidates for office.

Nearly 700,000 ballots were discovered, with discrepancies that invalidated the vote and indicated fraud.

Over 200,000 ballot signatures were not reviewed or cured when they should have been.

Volunteer canvassing work outside the audit discovered an estimated 270,000 additional issues such as lost votes and ghost voters. It’s no wonder the Biden DOJ tried so hard to prevent citizens from canvassing post-election.

Multiple other investigations across the State found similar discrepancies, including Pima County, where one town had more than two times the registered voters than voting-age residents.

Finally, Dinesh D’Souza’s 2000 Mules documentary proved that the election was stolen in key swing stages through dark money nonprofits and illegal ballot “Mules.” In Arizona alone, over 200 Mules illegally trafficked an estimated 207,435 ballots. This is nearly 20x the State’s margin of victory.

During the 2020 election audit, Jovan Hutton Pulitzer performed his Kinematic Artifact Detection analysis, a “process of utilizing 20+ digital forensic investigation/data tools/programs to analyze the over-all global data of the 2020 general election in Maricopa County, Arizona.” Pulitzer’s unique method of analyzing ballots will determine whether they were legitimate or not.

From the event signup page:

Right Side Broadcasting Network will provide live coverage of this event, which starts at 6 pm MST.