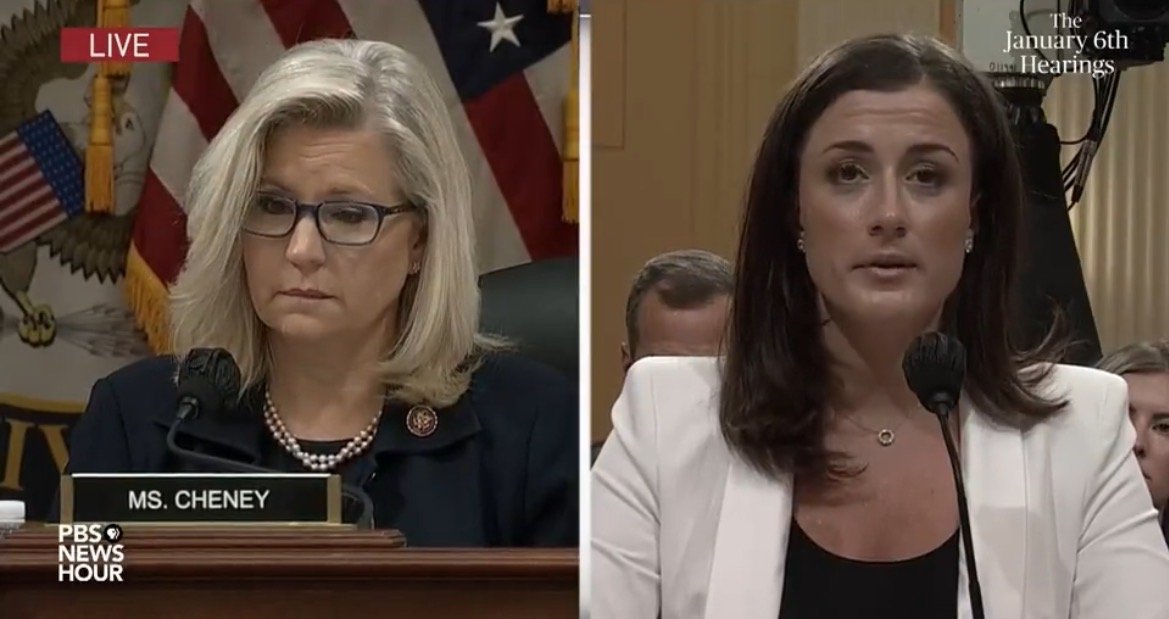 The sham January 6 Committee trotted out a ‘surprise’ witness no one has ever heard of on Tuesday.

Cassidy Hutchinson, who served as a senior aide to former White House chief of staff Mark Meadows testified against Trump.

Ms. Hutchinson on Tuesday testified that Trump was aware January 6 rally attendees had weapons and were wearing body armor.

Liz Cheney once again played a clip omitting Trump’s statement from the Ellipse to ‘peacefully and patriotically’ protest on January 6.

Cheney wove a story to make it appear Trump ordered his armed troops to the Capitol.

Cassidy Hutchinson testified at today’s Jan. 6 hearing that former President Donald Trump wanted the Secret Service to stop using metal detectors at his rally at the Ellipse to allow those with weapons into the area. https://t.co/hI7BPgtX9Y pic.twitter.com/3R6z0GmXpf

Mark Meadows also knew but “did not act on those concerns.”

Hutchinson said she could not recall any details about the types of weapons.

Cassidy Hutchinson testifies that Tony Ornato told Trump about the president of weapons at the Jan. 6 rally.

She then says that Mark Meadows “did not act on those concerns.” pic.twitter.com/8euO5ngYDe

It’s important to note that Cassidy Hutchinson was so shocked, disgusted and appalled by President Trump and the January 6 Capitol protest that she was planning to go work for Trump at his Mar-a-Lago residence AFTER January 6, 2021.

Cassidy Hutchinson is using Tuesday’s show trials to audition for a spot on CNN or MSNBC.