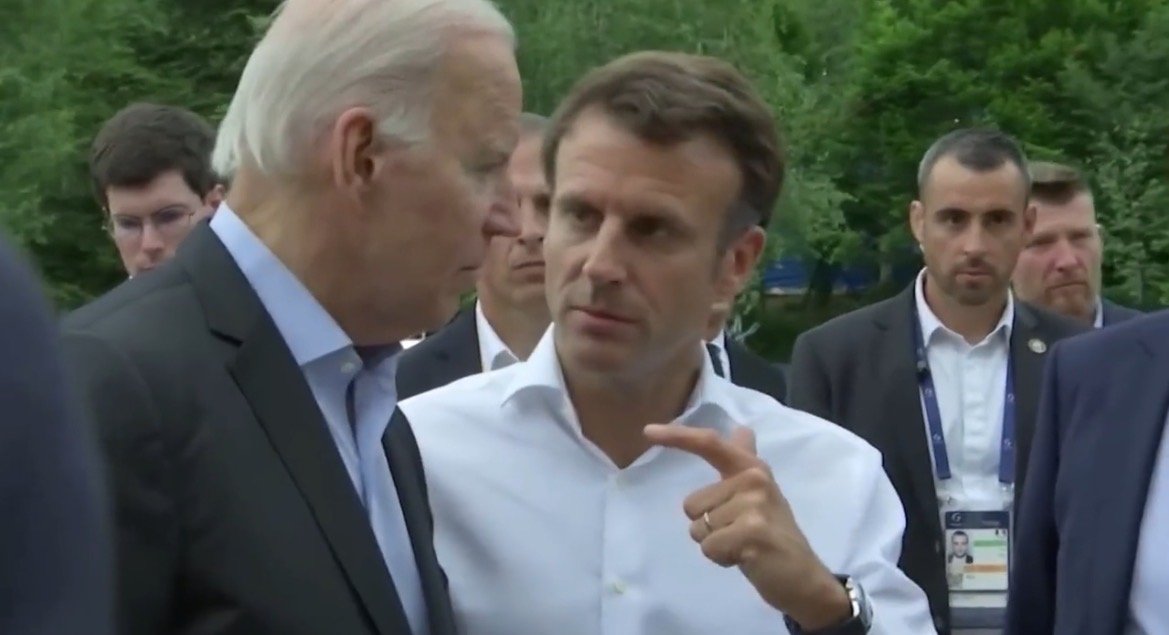 Joe Biden on Monday was walking through the front courtyard at Schloss Elmau in Krün, Germany with G7 leaders when French President Emmanuel Macron pulled him aside and lectured him.

Emmanuel Macron grabbed Joe Biden’s arm and warned him against begging the Saudis for more oil.

Biden planned on begging Saudi Arabia for more oil instead of drilling at home.

Even Macron knows it won’t work.

Macron had to explain this to dementia Joe.

The look on Joe Biden’s face whilst Macron lectured him and told him that the United Arab Emirates is at max capacity and the Saudis can’t produce much more oil says it all.

Biden was counting on Arab nations to produce more oil but a few hours ago French President Macron was overheard telling Biden that the United Arab Emirates is at max capacity & the Saudis can’t produce much more. It appears to be a direct appeal to Biden to produce more oil. pic.twitter.com/vRWJVpn3El

Joe Biden on Sunday needed some help to sit and pose for a photo with G7 leaders in Germany. Later in the day German leader Scholz played table babysitter and had to prod Joe Biden to turn around for a group photo.

French leader Emmanuel Macron caught Joe’s attention and pointed to where he was supposed to be looking.

Between Macron and Scholz they were able to steer Joe Biden to smile for the camera.