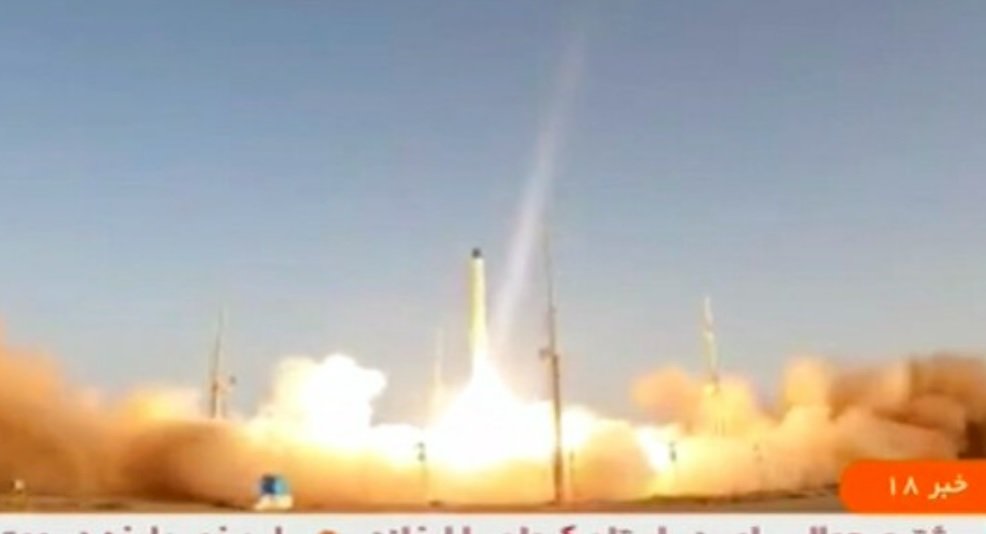 As Iran launches a rocket into space, the Biden gang gets ready for more nuclear talks.  It looks like Iran is getting everything it ever wanted so why does Iran even want a nuclear deal with Biden?

Biden went back to working on another insane deal with the terrorist leaders in Iran as soon as or even before he came into power.  Biden’s team reportedly offered Iran everything.  The Iranians at first about fell out of their chairs and then they regrouped and asked for more.

As the ‘negotiations’ moved forward, Biden continued to give the terrorist leaders everything they wanted.  Iran was so disgusted with the weakness of the Biden gang that they asked for an intermediary in the negotiations and Russia was the answer.  Biden brought in Russia to ‘negotiate’ on behalf of the US.  This was like bringing in the Taliban to protect US troops as they surrendered billions in arms, jets and supplies in Afghanistan.  (Total insanity!)

Iran didn’t get enough so they stepped aside for a bit.  Then over the past few days, we find out that Iran has sent a rocket into space.

Iranian state television said Sunday that Tehran had launched a solid-fueled rocket into space, drawing a rebuke from Washington ahead of the expected resumption of stalled talks over Tehran’s tattered nuclear deal with world powers.

It’s unclear when or where the rocket was launched, but the announcement came after satellite photos showed preparations at Imam Khomeini Spaceport in Iran’s rural Semnan province, the site of Iran’s frequent failed attempts to put a satellite into orbit.

This is the insane world of an anti-American administration.  God Bless America.

The post Biden to Resume Nuclear Talks with Iran as Terrorist Regime Launches Rocket into Space appeared first on The Gateway Pundit.