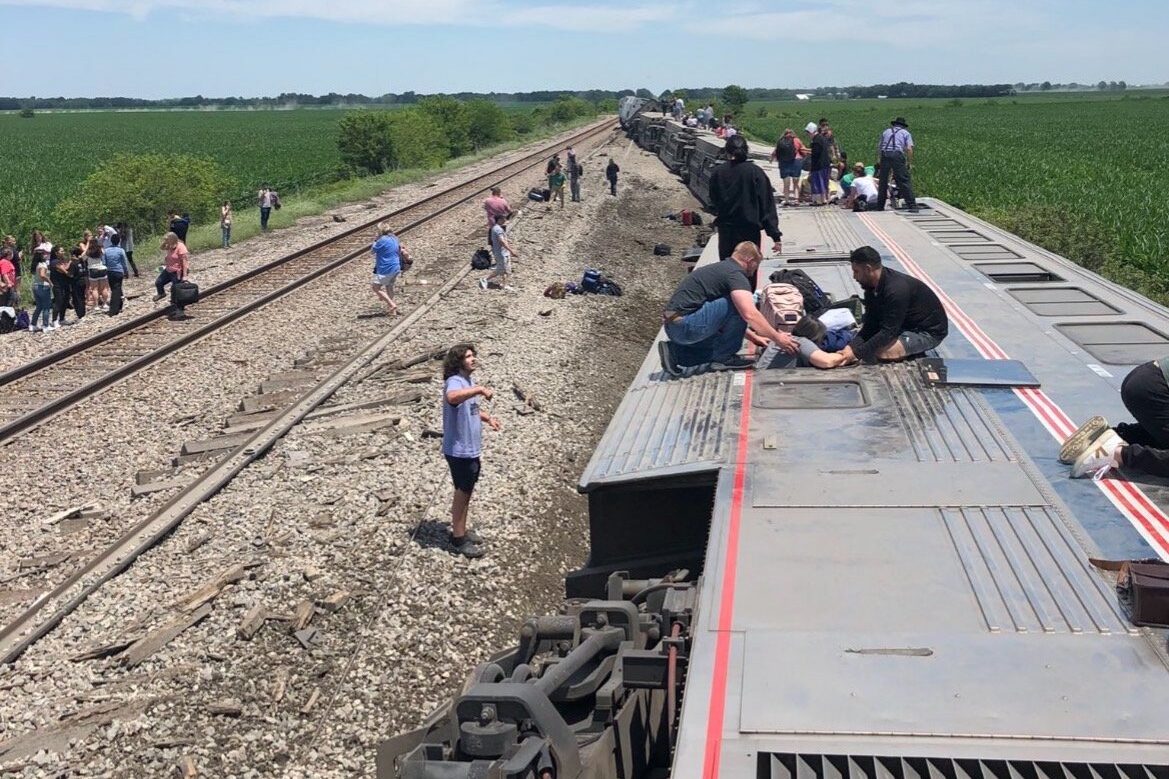 *UPDATE* Multiple fatalities and at least 50 injured after the Amtrak train derailed.

An Amtrak train on Monday derailed near Mendon in central Missouri after hitting a dump truck.

According to reports, there were approximately 243 people on board the train.

There are multiple fatalities and at least 50 people who were injured after an Amtrak train derailed Monday in Missouri, Eric McKenzie, the superintendent with Chariton County Ambulance Service, told CNN.

Amtrak said in a statement the train collided with a dump truck at a public crossing near the city of Mendon at about 1:42 p.m. CT.

Eight cars and two locomotives left the track “after striking a truck that was obstructing a public crossing near Mendon, Missouri,” company officials said in an updated statement.

Amtrak had said earlier that there were approximately 243 passengers and 12 crew members onboard the train.
Three people are being taken to University Hospital in Columbia, according to a hospital spokesperson. The conditions of the patients is unknown.

Disoriented passengers climbed out of windows.

Passengers sit atop rail car after an Amtrak train hit a dump truck and derailed in Mendon, Missouri.

This is a breaking story… please check back for updates.