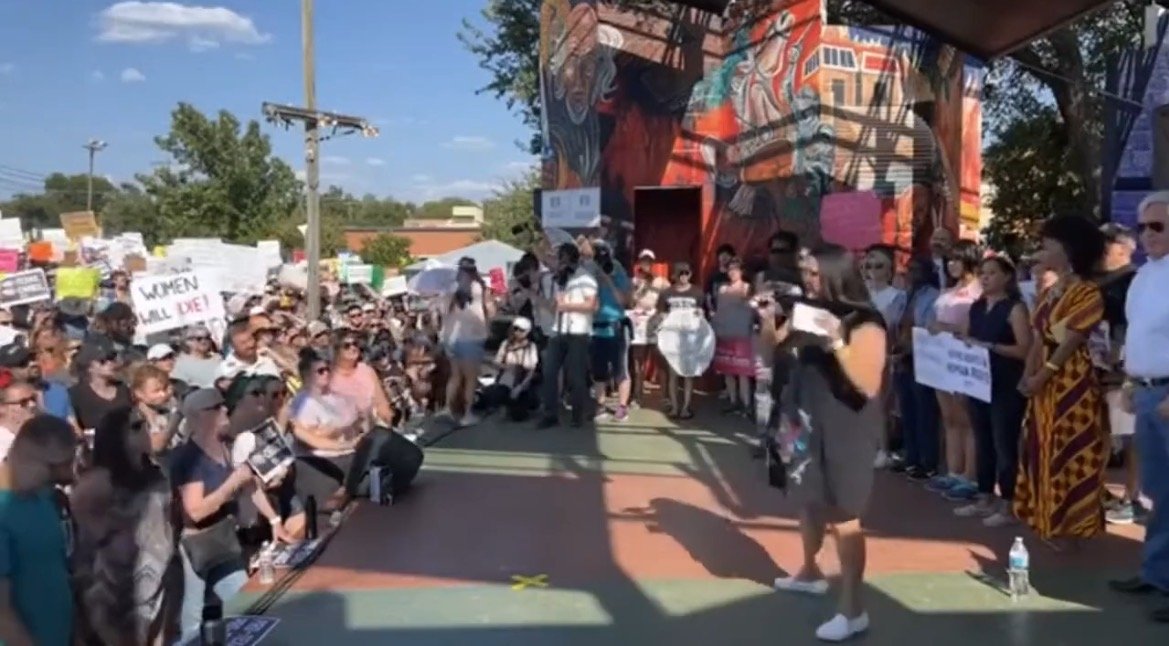 The Supreme Court overturned Roe v Wade so now the states will decide their own abortion laws.

Limon-Mercado, a candidate for Travis County Clerk, held a pro-abortion rally with Beto O’Rourke in Austin on Sunday.

The prominent Democrat told the riled up crowd to take to the streets and “do whatever they want” to protest the Supreme Court’s ruling on Roe.

“The question is what are we going to do? … Do everything! Whatever you want to do – whatever is calling to you at this moment…” Dyana Limon-Mercado said.

“If you want to take to the street and shut down business as usual, do that!” she shouted.

And the crowd of godless leftists cheered.

Barack Obama, Pelosi, Jackie Speier and other prominent Democrats have also activated the shock troops to protest the Supreme Court.

Pro-life pregnancy centers have been vandalized, threatened and firebombed because of the Democrat lawmakers’ incitement to violence.

The post Texas Democrat Tells Pro-Abortion Protesters to Take to the Street and “Shut Down Businesses as Usual” in Wake of Supreme Court’s Decision on Roe v Wade (VIDEO) appeared first on The Gateway Pundit.