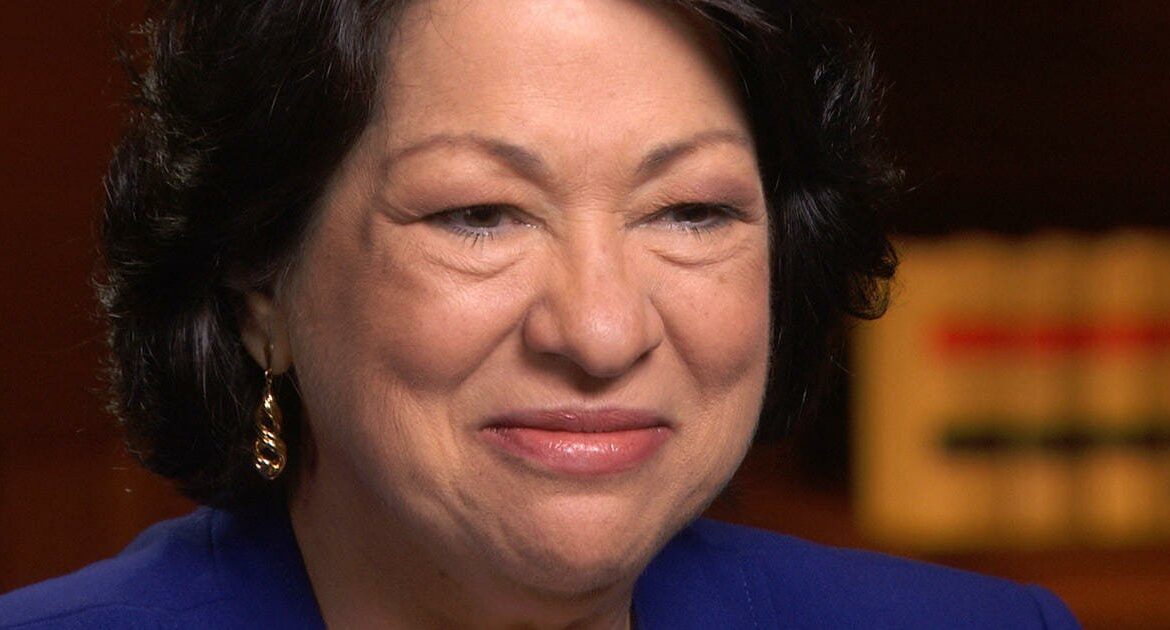 Techno Fog: Supreme Court Upholds 1A Freedoms of a High School Coach – Sotomayor Dissent: Coach “Not Entitled to First Amendment Protections At All”

The US Supreme Court ruled in favor of Coach Kennedy in a decision released Monday morning.

In a 6-3 vote the Thomas Court sided with Joseph Kennedy who lost his job in the Bremerton School District after he knelt at midfield after games to offer a quiet personal prayer.

Coach Kennedy was fired in 2015 for silently kneeling after football games on the 50-yard line. According to Kennedy the school said, “You can choose between your faith and your job,” and then fired him after he continued to silently pray after games.

Far-left Supreme Court Justice Sotomayor bungled the story and falsely claimed the coach was “praying at the center of a school event.”

Coach Kennedy was not interrupting the school’s event to hold a prayer, he prayed after the games.

Sotomayor claimed Coach Kennedy is therefore “not entitled to First Amendment protections at all.”

The liberal Justices – Sotomayor, Breyer, and Kagan – dissented. The first sentence of Justice Sotomayor’s dissent started with an inaccurate description of Coach Kennedy’s actions: “This case is about whether a public school must permit a school official to kneel, bow his head, and say a prayer at the center of a school event.”

What Sotomayor gets wrong is that this case was never about praying “at the center of a school event.” Coach Kennedy prayed after the school event was over. Sloppy writing reveals sloppy thinking, and the dissent never recovers from this error.

Instead, Sotomayor only continues with the mistakes, alleging Coach Kennedy’s conduct caused “severe disruption to school events.” How can that be the case if the “school event” has concluded when the prayer takes place? Sotomayor cites to the public’s reaction to the prayer after the “school event,” observing that members of the public rushed to the field to join the silent prayer. She also writes that the school district “received calls from Satanists who ‘intended to conduct ceremonies on the field after football games if others were allowed to.’”

In other words, the liberal justices would curtail the proper exercise of a First Amendment right because of the public’s reaction to that First Amendment right. However, as Justice Gorsuch made clear: “the Establishment Clause does not include anything like a ‘modified heckler’s veto, in which . . . religious activity can be proscribed’ based on ‘perceptions’” or ‘discomfort.’”

Taking matters further, Justices Sotomayor, Breyer, and Kagan found there to be a “strong argument” that Coach Kennedy’s prayer “was speech in his official capacity as an employee that is not entitled to First Amendment protections at all.” In doing so, these Justices announce their hostility to the exercise of religion and speech, their disapproval of First Amendment protections, and their unequal treatment of secular and religious speech.

Be thankful that Sotomayor isn’t writing for the majority.

The Supreme Court upholds the 1st Amendment freedoms of a high school football coach to say a silent prayer after a game.

Sotomayor dissent: the Coach “not entitled to First Amendment protections at all”

The post Techno Fog: Supreme Court Upholds 1A Freedoms of a High School Coach – Sotomayor Dissent: Coach “Not Entitled to First Amendment Protections At All” appeared first on The Gateway Pundit.