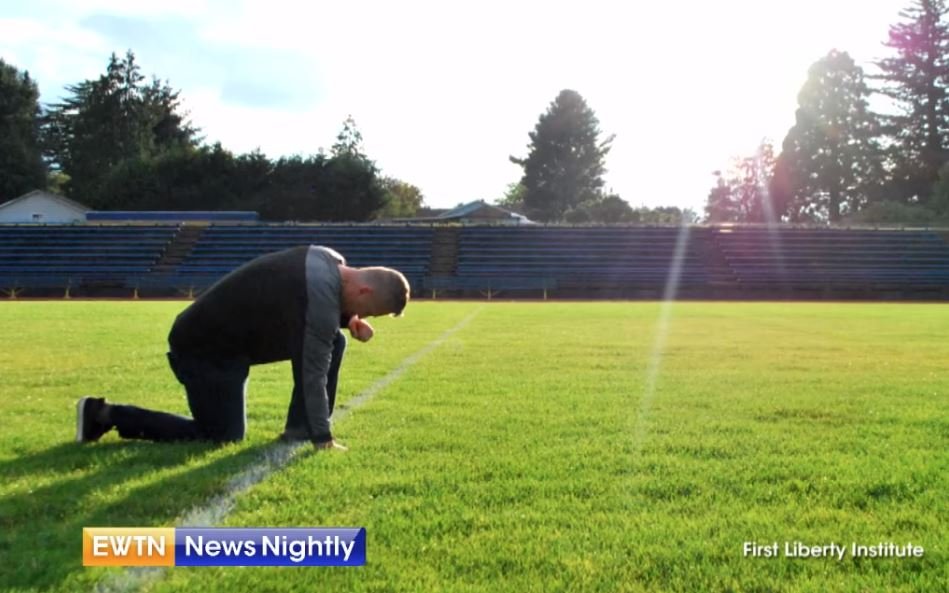 The US Supreme Court ruled in favor of Coach Kennedy in a decision released Monday morning.

In a 6-3 vote the Thomas Court sided with Joseph Kennedy who lost his job in the Bremerton School District after he knelt at midfield after games to offer a quiet personal prayer.

** Here is the Supreme Court Decision.

Coach Kennedy was fired in 2015 for silently kneeling after football games on the 50-yard line. According to Kennedy the school said, “You can choose between your faith and your job,” and then fired him after he continued to silently pray after games.

In March 2020 The Gateway Pundit reported on how a Bush-appointed judge ruled against Kennedy.

As CBN News has reported, the post-game prayers caught on, spilling over to his players and even to opposing teams.

School officials worried that those prayers might give the appearance that the district approved of Coach Kennedy’s public prayers, creating a potential endorsement of religion. They eventually fired Kennedy, who calls that a violation of his right to free speech.

And on Monday the US Supreme Court ruled in favor of Coach Kennedy and his right to display his religious liberty in public.

The demons will be out screaming in the streets tonight!

The post BREAKING– In 6-3 Vote Supreme Court Sides with Coach Kennedy – Who was Fired after Kneeling in Silent Prayer at Midfield after Football Games appeared first on The Gateway Pundit.