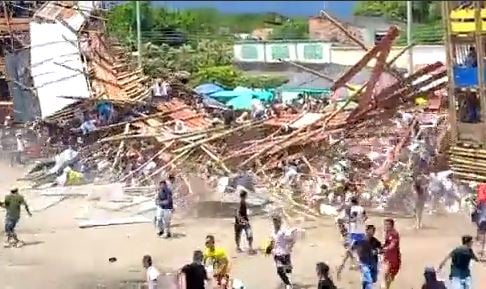 Hundreds were injured and multiple people died on Sunday when the stadium collapsed during a bullfight in El Espinal, Colombia.

The bull was still running around the ring when the wall collapsed.

SHOCKING VIDEO FROM THE ARENA–