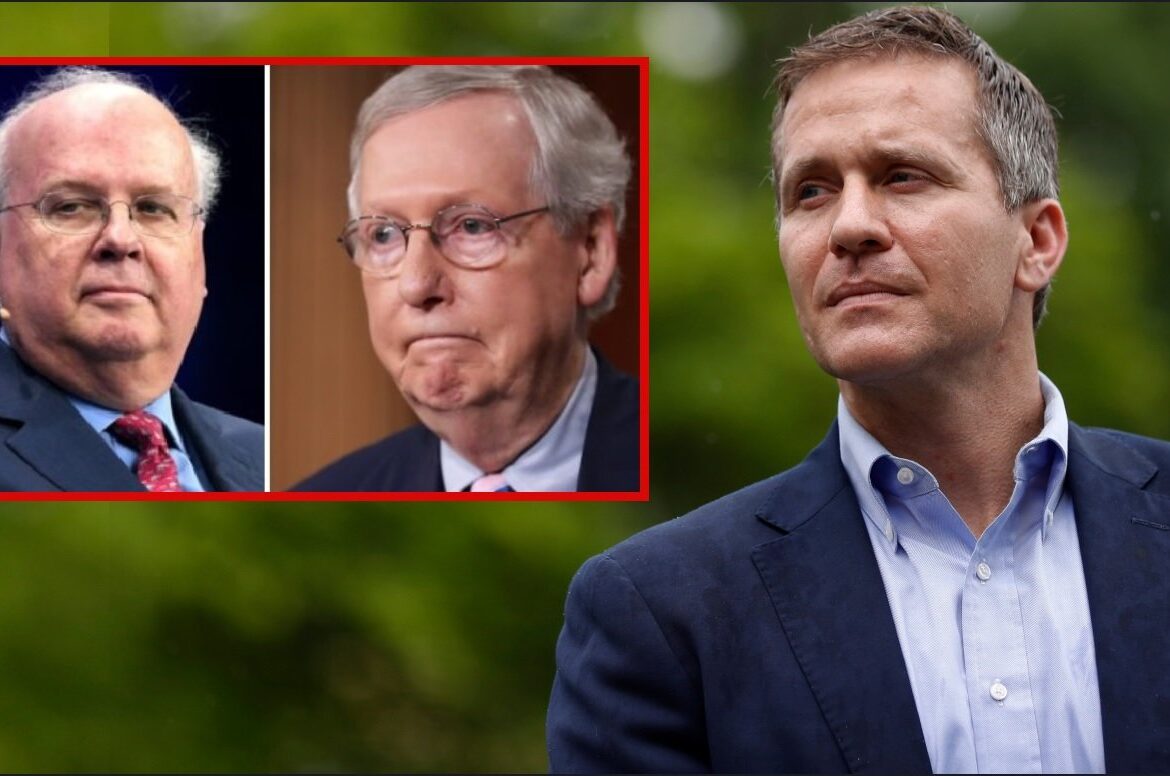 The knives are out for Eric Greitens.

The former Missouri Governor is currently leading the polls in the Missouri US Senate race.

And this is very upsetting to the RINOs. They are desperate.

As The Gateway Pundit reported in March, the ex-wife of former Missouri Governor Eric Greitens accused him of abuse during their nine-year marriage. This was new information she kept to herself and away from all of the courts and media for several years. Eric Greitens is currently fighting for full custody of their two children.

Eric Greitens responded to these disgusting accusations of physical abuse and coercive behavior as “completely fabricated” and “baseless.”

The former Missouri governor is running for US Senate and is currently leading the race. Of course, the RINOs in Missouri and nationally are solidly against him.

Greitens told The Washington Times, “I am seeking full custody of my sons, and for their sake, I will continue to pray for their mother and hope that she gets the help that she needs.”

Eric Greitens also told The Gateway Pundit earlier this week that his ex-wife signed a custody agreement months ago following their divorce. She did not mention any abuse from her former husband in the signed documents during the battle for custody of their two sons. The two boys spend the majority of their time with their father today.

But this won’t stop the national RINOs from using these smears to take down Eric Greitens in the US Senate race.

A new PAC, Show Me Values, funded by big donors like Jeanne Sinquefield, will target Eric Greitens in the coming weeks with ads accusing him of scandals.

Sinquefield is a prominent donor of Mitch McConnell.

Greitens already announced he will not vote for Mitch McConnell as Senator when he enters the senate.

The group – Show Me Values – will starting Friday run TV ads targeting Greitens, according to an initial report by Politico,

The group will reportedly spend more than $1 million on commercials over the next week and will likely remain involved in the race through the state’s August primary.

The ads reportedly target Greitens for being involved in “scandal after scandal,” pointing to his forced resignation from the governorship and recent allegations made by his ex-wife, who is battling Greitens for custody of the former couple’s young children.

The super PAC is currently being supported by big dollar donors like Rex and Jeanne Sinquefield, who are supporting Attorney General Eric Schmitt’s candidacy for Senate.

Greitens pointed out Thursday that the Sinquefields have been consistent contributors to Sen. Minority Leader Mitch McConnell (R-Ky.) and the Senate Leadership Fund. Greitens has repeatedly said he would vote to oust McConnell from his Senate leadership position, should be be elected.

Despite a contentious and divided primary field, Greitens has consistently polled ahead of rivals including Schmitt, Rep. Vicky Hartzler, and Rep. Billy Long.

The post Top Donor for Mitch McConnell Is Working to Stop Eric Greitens in Missouri Senate Race appeared first on The Gateway Pundit.