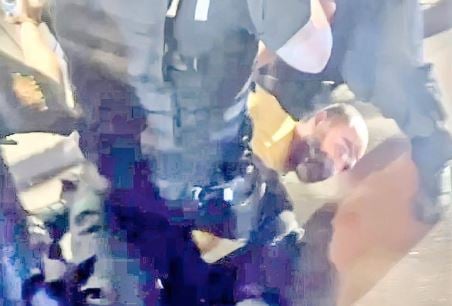 An Iranian immigrant to Norway attacked the popular London Pub gay nightclub in Oslo with gunfire around 1 a.m. Saturday, killing two and wounding twenty-one people, according to police. The alleged gunman Zaniar Matapour, 42, who was well known to state security, was arrested within minutes and has since been charged with terrorism. Eight of the wounded are hospitalized. Police say Matapour fired shots at three locations. The gay pride parade scheduled for Saturday in Oslo has been canceled. Oslo’s annual Pride parade was canceled on Saturday following a deadly shooting at a gay bar that Norwegian police are investigating as a possible terrorist attack.

Two people were killed and eight others taken to hospital after the shooting near the London Pub, which describes itself on its website as “the largest gay and lesbian venue in Oslo.”

Police received multiple calls about the shooting at 1:14 a.m. local time, and arrived at the scene minutes later. They apprehended the male suspect three minutes after arrival, police said.

The suspect, charged with terrorism, is a Norwegian citizen originally from Iran, and was “known to the police,” but has only received “minor convictions” up until now, prosecutor Christian Hatlo told reporters in Oslo Saturday.

…There were wounded people on the ground inside and outside the bar when the police arrived. “The scene was chaotic, it was a warm evening and a lot of people were outside, so there were people running everywhere,” police told CNN.

Among the eight in hospital, three people are in critical condition. Another 14 victims sustained minor injuries.

The Norwegian Police Security Service said the alleged gunman is known to them. (Via translation.)

“PST is informed about the shooting in Oslo on Saturday night. The apprehended person is known to PST from the past. We are now contributing all the relevant information we have to Oslo PD, and are working to clarify whether more acts of violence may be planned. We do not currently have any indications of that.”

The AP reports Norway has since raised the terror alert (excerpt):

Investigators said the suspect, identified as a 42-year-old Norwegian citizen originally from Iran, was arrested after opening fire at three locations in downtown Oslo — inside and outside the London Pub, a long-standing hub of Oslo’s LGBTQ scene, in the surrounding streets, and at one other bar in the centre of the city..

Police said two men, one in his 50s and and the other his 60s, died in the shootings. Ten people were treated for serious injuries, but none of them was believed to be in life-threatening condition. Eleven others had minor injuries.

The Norwegian Police Security Service raised its terror alert level from “moderate” to “extraordinary” — the highest level — after the attack, which sent panicked revellers fleeing into the streets or trying to hide from the gunman.

The service’s acting chief, Roger Berg, called the attack an “extreme Islamist terror act” and said the suspect had a “long history of violence and threats,” as well as mental health issues.

“I saw a man arrive at the site with a bag. He picked up a weapon and started shooting,” Roenneberg told NRK. “First I thought it was an air gun. Then the glass of the bar next door was shattered, and I understood I had to run for cover.”

The gunman is reportedly an Iranian Kurd, “Kurdish Norwegian Zaniar Matapour (42) are now charged with terrorism. The police security service (PST) considers the shooting in Oslo as an Islamistic terrorist attack.”

Two people were killed and 21 injured in the shooting outside the bars Per at Hjørnet and London in Oslo last night.

The 42-year-old who has been arrested has previously been convicted of aggravated assault and possession of drugs.

The accused have also been investigated for other more serious matters, including attempted murder, but these matters have been dropped.

– The perpetrator has a long history of violence and threats, says acting PST chief Roger Berg at a press conference on Saturday afternoon.

PST has had knowledge of the perpetrator back to 2015, with concern that he was then radicalized and part of an extremely Islamist contact network in Norway, says the PST chief.

They do not want to specify which networks this is, but the PST chief tells VG that the man has “sympathized with ISIL”. It is thus the terrorist group that is also called IS, which has operated in Syria and Iraq, among other places.

The man comes from the Kurdish part of Iran, and came with his family to Norway as a refugee when he was a child. He is a Norwegian citizen and lives in Oslo.

– He has had extreme attitudes, says the PST manager to VG.

Was in talks in May
PST states that in May this year they conducted conversations with the accused “in connection with the fact that he had shown interest in markings and statements that are perceived as a violation of Islam”.

– We have not considered him as one of those we are most worried about, in other words that we have not been close with measures around him, says the PST manager to VG.

He says they make assessments before big events like Pride and May 17.

– We had no indications prior to yesterday that indicated that we should have a special concern about him, says the PST chief.

…In July 2019 , Matapour was arrested for attempted murder, illegal possession of a firearm and illegal carrying of a knife in a public place.

Matapour was released after a few days against the will of the prosecution. The prosecution believed that the man had a history that gave good reason for suspicion, and that previous cases showed that he had access to weapons. According to a ruling from the Borgarting Court of Appeal, he was released because the court did not find reasonable grounds for suspicion.

…Police believe he used an older weapon when he shot and killed two people in central Oslo.