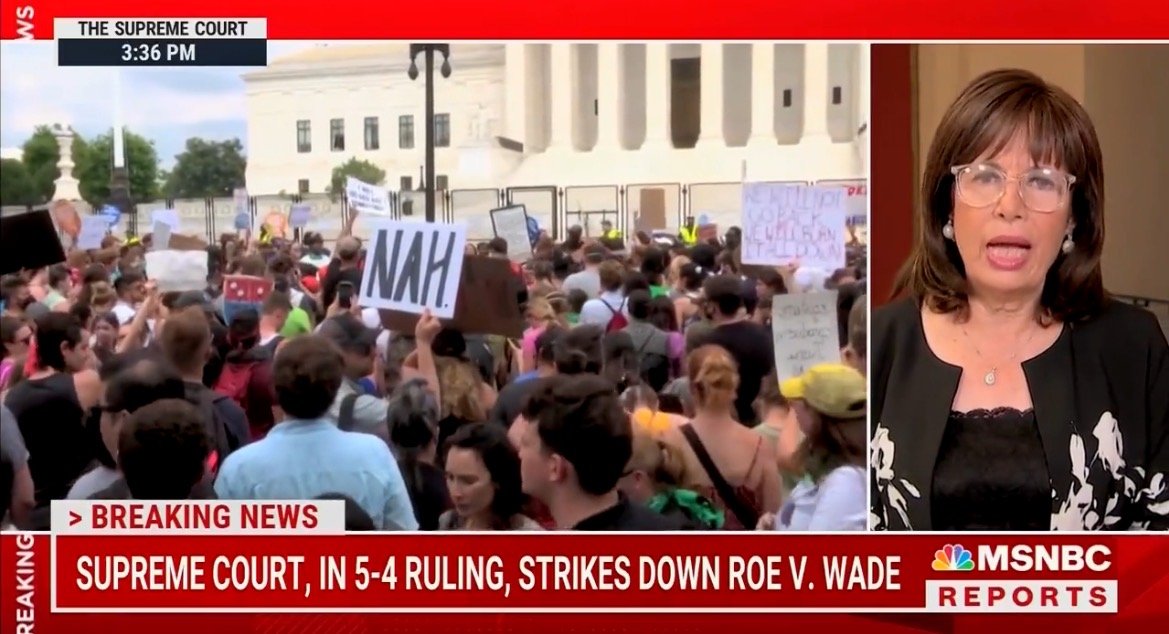 Democrat Rep. Jackie Speier Incites Violence, Calls on Pro-Abortion Activists to “Armor Up” Because “There’s a War Out There” (VIDEO) Abortion laws will now be decided by the states.

“It is time to heed the Constitution and return the issue of abortion to the people’s elected representatives,” Justice Alito wrote.

Democrat lawmakers such as Maxine Waters and AOC immediately called for an insurrection.

“There is a war out there and we need to recognize that we’ve got to armor up,” Speier said.

Democrat Rep. Ayanna Pressley chimed in, “That’s right. This is not a drill.”

Rep. Jackie Speier on MSNBC: “There is a war out there. And we need to recognize that we’ve got to armor up.” pic.twitter.com/MIZlUqEch4

Recall, Jackie Speier was part of a group of House Democrats who censured GOP Congressman Paul Gosar over a cartoon video.

“For a Member of Congress to post a manipulated video on his social media accounts depicting himself killing Representative Alexandria Ocasio-Cortez and attacking President Biden is a clear cut case for censure,” Speier said in a joint statement with other lawmakers last November. “For that Member to post such a video on his official Instagram account and use his official congressional resources in the House of Representatives to further violence against elected officials goes beyond the pale.”

The post Democrat Rep. Jackie Speier Incites Violence, Calls on Pro-Abortion Activists to “Armor Up” Because “There’s a War Out There” (VIDEO) appeared first on The Gateway Pundit.