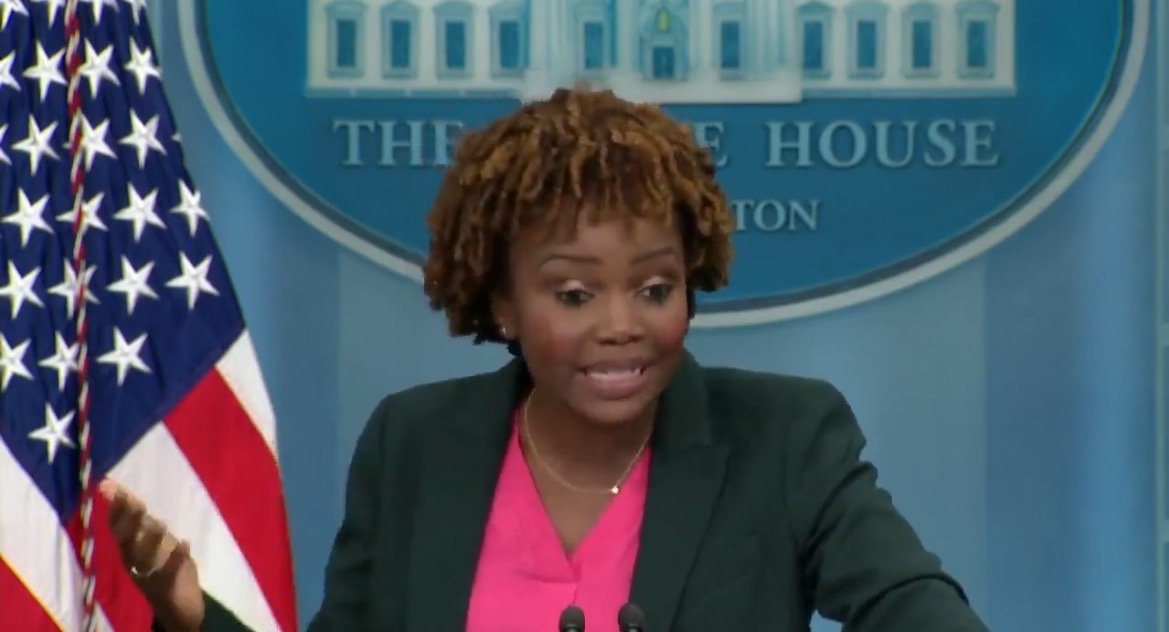 “Is That the Choice? $5 a Gallon Gas or a $61,000 Electric Car?” – Peter Doocy Spars with Karine Jean-Pierre Over Biden’s Insane Policies (VIDEO) Gas prices are at record highs because of Joe Biden’s war on domestic energy production.

The Biden White House is telling the peasants to purchase a $60,000+ electric vehicle and stop complaining about $5+ a gallon gas.

“A lot of people can’t afford a $61,000 electric car and they are also having a hard time affording gas right now. That sounds like a painful transition,” Doocy said.

“We are in a transition to clean energy…it’s going to create jobs,” KJP said.

“That’s apples to oranges. It’s not the same,” she said as she rambled on about Biden’s gimmicky gas tax holiday.

Karine Jean-Pierre boasted that Biden’s gas tax holiday will save Americans 18 cents on the federal level.

Doocy: “People can’t afford an electric car… That sounds like a painful transition.”

Jean-Pierre: “We are in a transition to clean energy.”

Jean-Pierre: “That’s apples to oranges. It’s not the same.” pic.twitter.com/LuhU0Dexqe

The post “Is That the Choice? $5 a Gallon Gas or a $61,000 Electric Car?” – Peter Doocy Spars with Karine Jean-Pierre Over Biden’s Insane Policies (VIDEO) appeared first on The Gateway Pundit.