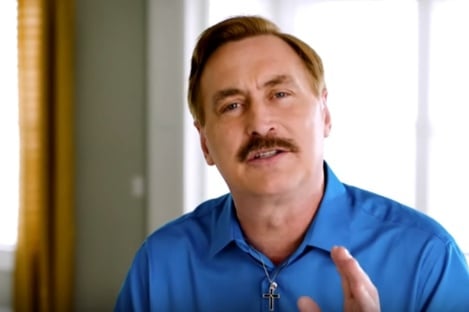 Breaking: Mike Lindell Is Reinstated on Twitter — Thanks Elon Musk! Back in April Twitter finally agreed to Elon Musk’s offer on a takeover bid deal for $44 billion.

Twitter was reportedly re-examining Elon Musk’s $43 billion takeover supply after the billionaire lined up financing for the bid. They reached an agreement for $44 billion after talks in April. But the deal is not assured and Twitter still has to prove that it has not been fudging the numbers on its real user numbers.

Twitter is well-known for stifling, censoring and banning free speech of American conservatives. Twitter silenced The Gateway Pundit, Joe Hoft, Tucker Carlson, Alex Jones, Mike Lindell, and even the President of the United States. Only conservatives get banned. There should be laws against this.

The Gateway Pundit is currently involved in a lawsuit by the Attorney Generals of Missouri and Louisiana against the Biden Administration and their collusion with Big Tech to stifle free speech.

Elon Musk previously said his interest in Twitter was not so much to make money as it was to restore free speech on the internet. He now has that opportunity.

There are calls to reinstate prominent conservative accounts banned by the social media giant.

.@ElonMusk is going to restore free speech and help us with Winning the Social Media War! pic.twitter.com/O7VRGE7CTv

On Wednesday night there was a glimmer of hope when MyPillow founder and President Mike Lindell was reinstated on Twitter.

In his first tweet back Mike Lindell thanked Elon Musk for helping him get his account back. The post Breaking: Mike Lindell Is Reinstated on Twitter — Thanks Elon Musk! appeared first on The Gateway Pundit.