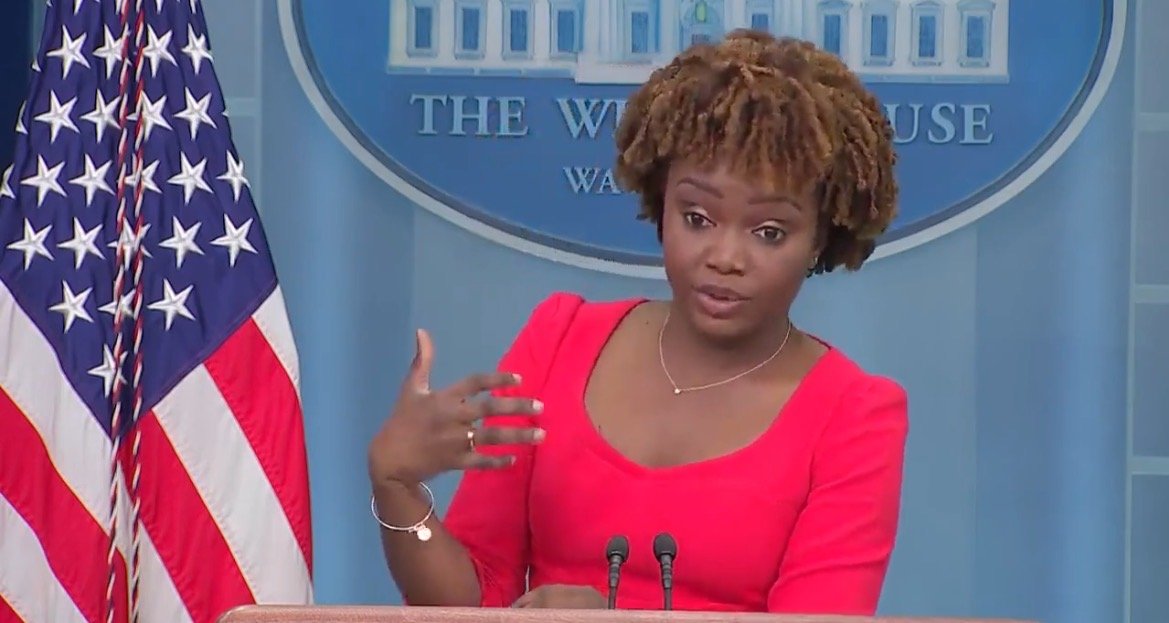 Biden’s White House Press Secretary got caught in a Freudian slip when she shared all Biden has done to address gas prices.

Biden’ Press Secretary Karine Jean-Pierre addressed Biden’s efforts to date related to the price of gas across the nation.   She accidentally shared the truth.

“The president has been very clear in making sure that he does everything that he can to elevate—to alleviate the pain that American families are feeling when it comes to gas prices.” pic.twitter.com/gEJypNevyz

Seemingly daily, gas prices have risen to new highs since Biden took over and destroyed the country’s energy independence created by President Trump.

Biden has said he is doing this intentionally.  This is no mistake.

Biden claims that by decreasing US oil output, gas prices will increase and Americans will stop driving gas-guzzling cars.  This is beyond ignorant.  Americans have to get to their jobs and are used to traveling freely.

What Biden doesn’t address is that Saudi Arabia, Venezuela, Russia, Iran and other Middle East nations are making record profits in the billions with these high gas prices.  Biden would be more believable if he said he was getting paid to keep the gas prices high and shut down US production.