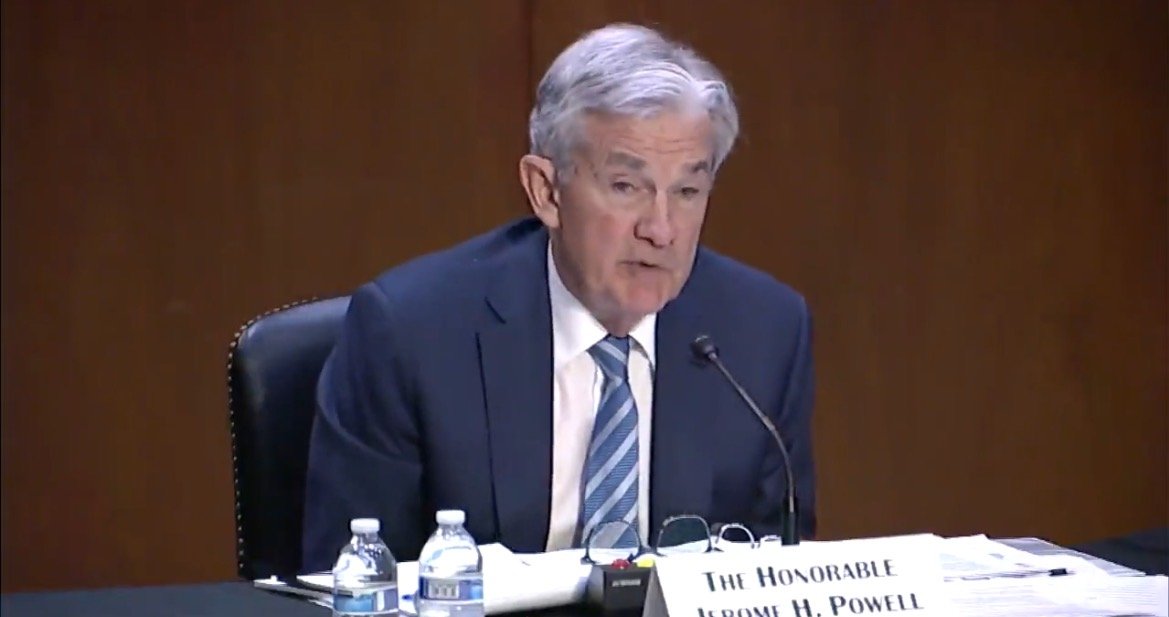 ‘No, Inflation Was High Before the War in Ukraine Broke Out’ – Fed Chair Powell Fact Checks Biden’s Lies About Inflation in America (VIDEO) Fed Chair Jerome Powell on Wednesday testified before the Senate Banking, Housing and Urban Affairs Committee on inflation and the US economy.

Powell was asked if the war in Ukraine is the primary driver of inflation in the US.

“Would you say that the war in Ukraine is the primary driver of inflation in America?” Powell was asked on Wednesday.

“No. Inflation was high before, certainly before the war in Ukraine broke out,” Powell said contradicting Joe Biden.

Joe Biden has repeatedly lied about the driving force of inflation and high gas prices in the US.

And here is “Putinflation” in context:

Powell also told Congress that he anticipates ongoing rate increases as he tries to tame Bidenflation.

The post ‘No, Inflation Was High Before the War in Ukraine Broke Out’ – Fed Chair Powell Fact Checks Biden’s Lies About Inflation in America (VIDEO) appeared first on The Gateway Pundit.