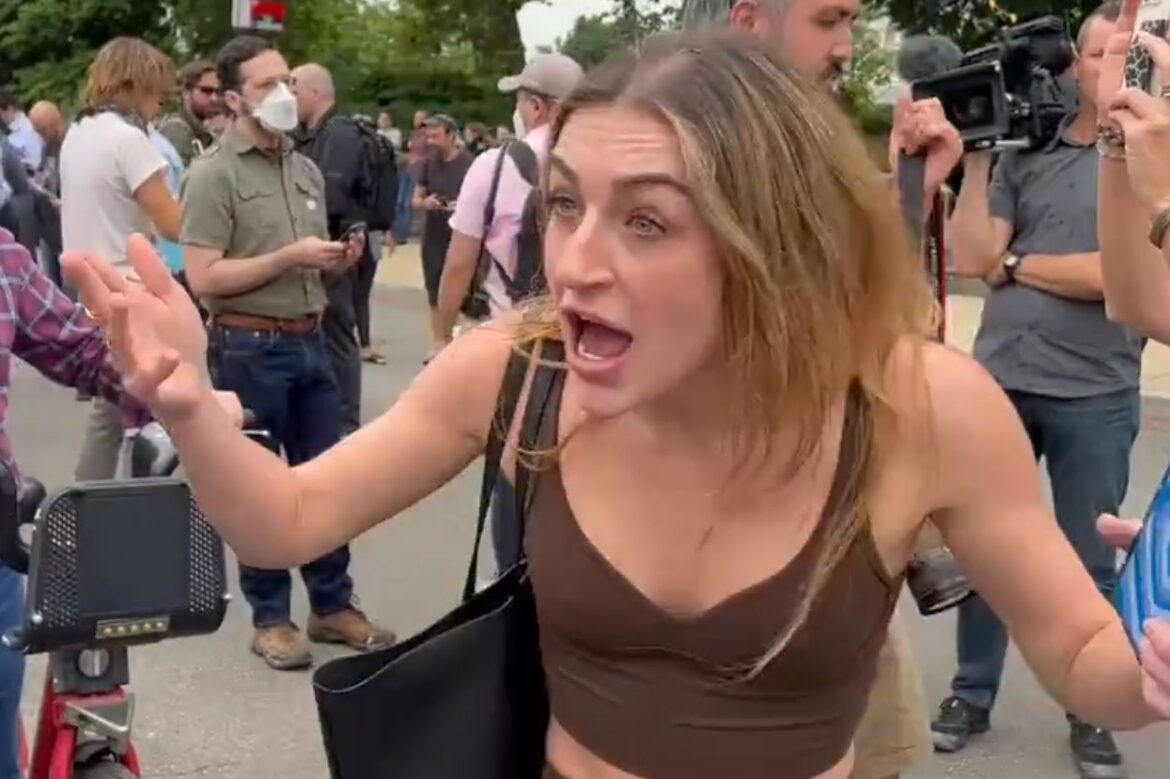 A godless abortion activist absolutely loses it outside the US Supreme Court on Tuesday morning.

The abortion supporter screamed at pro-Life protesters from Students for Life.

This will only get ten times more violent and abusive in the days ahead.

Godless Democrats are going to unload on the country when the Roe v Wade decision is announced later this week.

People will get hurt. Hopefully, there will be no deaths.
You were warned.

A pro-abortion protester heckles at activists with Students for Life, she tells them to “suck my dick, bitch” and mimics jerking off.

Hard to hear, I think she said,
“You will not take my right away! I will always get an abortion! I’ll go in a back alley and will fucking die!” pic.twitter.com/5LDKPahzK0

This pro-abortion activist grew angry with a pro-life activist and began dancing provocatively at her pic.twitter.com/juVp2ja1Yj

The violent leftists stormed through the barriers outside the US Supreme Court.

Will they be kept in isolation for over a year?

Or does that only happed to Trump supporters?

I think we all know the answer to that.

These activists were quickly arrested. Will their charges be dropped like @GuidoReichstad1 says his were?

DC US Attorney’s Office declined to comment on Guido’s charges, and hasn’t gotten back to me about these new arrests. https://t.co/RMe1SY6b6s