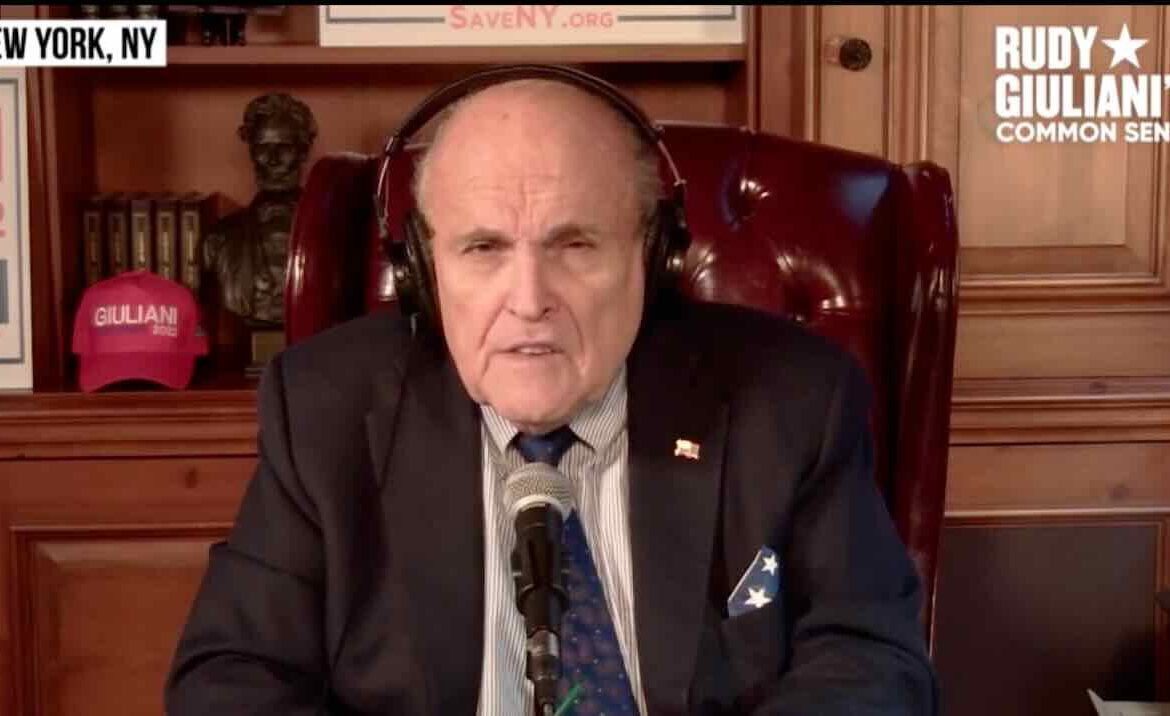 Rudy Giuliani and GP’s Cara Castronuova Ask the FRAUDULENT January 6th Committee “Did You Forget to Mention the Death of Rosanne Boyland?”

The January 6th Unselect Committee Hearings reconvene this Tuesday and Thursday to push their baseless lies and conspiracy theories to discredit President Trump, demonize his supporters and continue to politically persecute Americans. These non-factual “hearings” are massively tanking in the ratings as Americans are waking up to the nonsense.

Some are tuning in to other programming that actually intends to honestly get to the bottom of what really happened on January 6th. For example- what happened to our fellow citizen Rosanne Boyland that day? Why has this sham committee omitted mention or investigation of her death from their hearing? Trump attorney & confidante Rudy Giuliani has taken interest in Rosanne Boyland’s story and is getting the truth out. CLICK VIDEO BELOW FOR RUDY’S IN-DEPTH PODCAST HERE:

“This is an opportunity to bring to you the relevant video, facts and details deliberately left out by the distorted, unauthorized and illegitimate January 6th Commission,” said Giuliani.

On our end, we at The Gateway Pundit broke the Rosanne Boyland story with multiple breaking news articles and have been fighting for her. We have been doing the work that the failing Liz Cheney and her Democrat friends refuse to do– that is actually investigate what really happened on January 6th. We will continue to bring you factual information that you will not hear from the Government. We do not need a Hollywood Producer or millions of dollars of tax payer money to get you the truth- because the truth defends itself. The battered body of Rosanne Boyland lay after video shows her being beaten by DC Metro Police Officer Lila Morris. Trump Supporters desperately try to revive her. Her heart broken friend Justin Winchell (in blue) cries out for the crowd’s help. Boyland died. Many of the men seen trying to save Boyland’s life are in DC Gitmo to this day.

On Day One of their Propaganda Programming, the Misinformation Committee had alluded to an absolutely unfounded and baseless conspiracy theory that somehow President Trump colluded with the Proud Boys and Oath Keepers in an attempt to overturn the election with a “Seven Point Plan”.  They made big promises to prove this in hearings to come, yet have not mentioned it since. In fact they have yet to provide a single iota of evidence to support their outright framing and slandering of numerous American Citizens rotting in jail awaiting their criminal trials for their participation in this CONCOCTED plan of “Seditious Conspiracy”.

“The only conspiracy was that by the January 6th Committee, The Biden Regime, the FBI and the Department of Justice,” said Tina Ryan of Citizens Against Political Persecution.  “Their intricate conspiracy includes fabricating a false narrative, slandering American citizens, manipulating and hiding evidence and data including videos, withholding exculpatory evidence from the public and J6 defendants, locking men and women in jail with no due process, influencing juries with their lies, and conspiring with their allies in the media to re-write history when it comes to President Trump and January 6th. One day these parties will be held accountable in a criminal court for what they are doing.”

“They lied to us on night one with the false promise of proving “Seditious Conspiracy” by The Proud Boys and Oath Keepers in order to get people to keep tuning in. That is how outright evil they are. They would literally frame our fellow Americans and slander their names before their criminal trials (with NO proof to show) in order to get better ratings. This is the most un-American committee and they must all be investigated by a future committee for crimes against humanity. They are literally trying to influence the midterm election with their lies, the future 2024 election and THE RESULTS OF THE CRIMINAL TRIALS OF THE PROUD BOYS AND THE OATH KEEPERS.”

We reported exclusively last week that the misinformation committee brought British filmmaker Nick Quested onto the stand as one of their key witnesses and presented his footage to the public EDITED in the most manipulated fashion possible to leave out the most compelling content he shot that day- THE BODIES OF UNITED STATES VETERAN ASHLI BABBITT AND ROSANNE BOYLAND!!

Trump’s “Top Pastor” Mark Burns weighed in on the January 6th Hearings with some words of wisdom for our readers:

“This a supernatural battle against good versus evil,” said Pastor Burns. “This is not liberal vs. conservative, or Democrat vs. Republican. This is outright a Demonic attack against the sovereignty of this nation led by Satan and his demons.”

“Find peace in knowing that the polls are pointing in the direction that Republicans will overtake the House and most likely the Senate for a Republican majority. Be assured that YES we will come back to investigate those who investigated us. God is our fortress. We not be shaken.”

Cara Castronuova is a co-Founder of C.A.P.P. (Citizens Against Political Persecution and The People’s January 6th Commission. She is an Activist, Investigative Journalist, 2-Time Boxing Champion, Celebrity Fitness Trainer and Television Personality. You can watch her on Newsmax at 10PM EST every Saturday night on “Wiseguys”. You can follow her on & Twitter or Instagram  @CaraCastronuova. She is currently banned on Fakebook & suing them for defamation of character.  You can contact her via the C.A.P.P. website at www.CitizensAPP.us or www.caracastronuova.com if you have any tips or would like to volunteer.  She is also running for New York State Assembly (www.Cara4Assembly.com).

“I Can Do All Things Through Christ Who Strengthens Me.” Phil 4:13.

The post Rudy Giuliani and GP’s Cara Castronuova Ask the FRAUDULENT January 6th Committee “Did You Forget to Mention the Death of Rosanne Boyland?” appeared first on The Gateway Pundit.