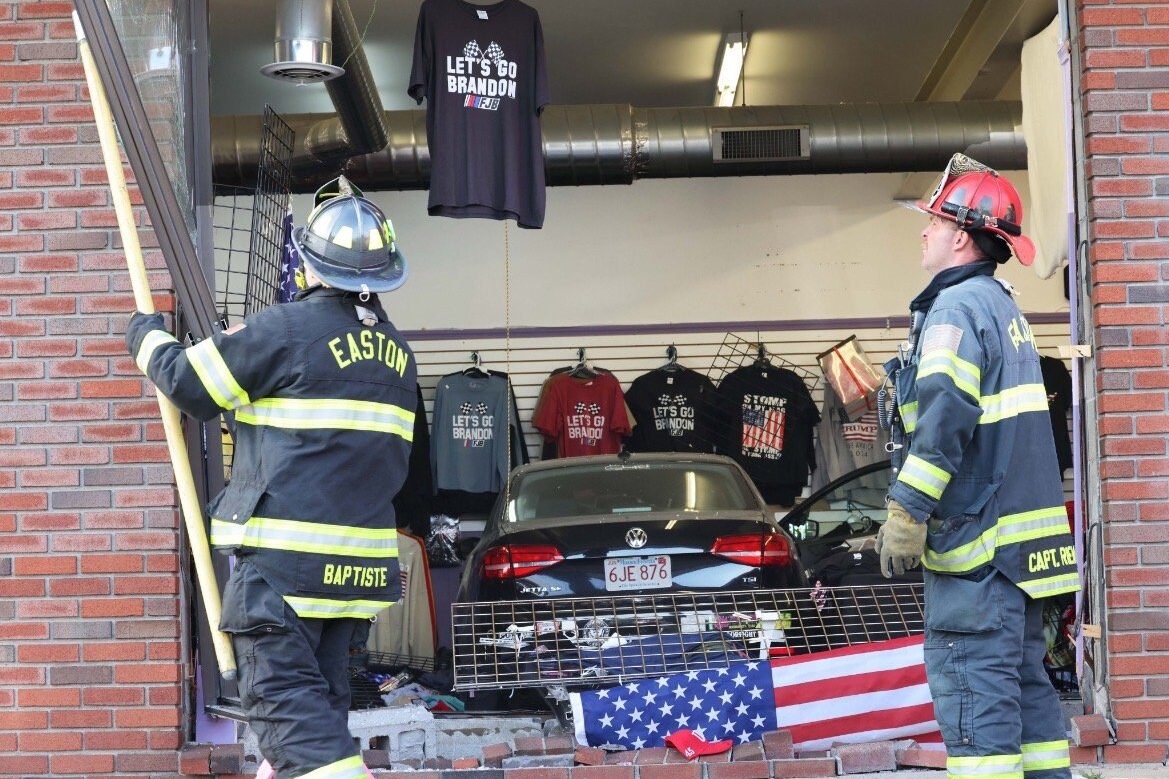 Police launched an investigation after a man driving a car with an anti-Trump bumper sticker crashed into a Trump merchandise store in South Easton, Massachusetts on Thursday. One employee was inside of the store at the time and he was not injured.

The 46-year-old (unidentified) male driver was injured and taken to a local hospital with non-life threatening injuries.

It is unclear if the driver has been charged.

Police are investigating after a car with a bumper sticker critical of former President Donald Trump crashed through the front glass of a pro-Trump store, located in a prominent location beside Route 138.

A video posted by the Easton Police Department on Facebook shows the black Volkswagen Jetta slamming through the glass and plowing through several racks of clothing inside the New England for Trump store in Easton. Police said they were dispatched to the incident at approximately 5:10 p.m.

One employee was inside the store at the time of the crash. Police said he was not injured.

The store is located at 620 Washington St., alongside several restaurants and other businesses. A large sign in the style of Trump’s campaign signs advertises “T-shirts, hats, flags and more” and Trump flags fill most of the windows.

Police said the Jetta was driven by a 46-year-old man from Raynham, who was transported to Good Samaritan Medical Center for treatment of non-life-threatening injuries.