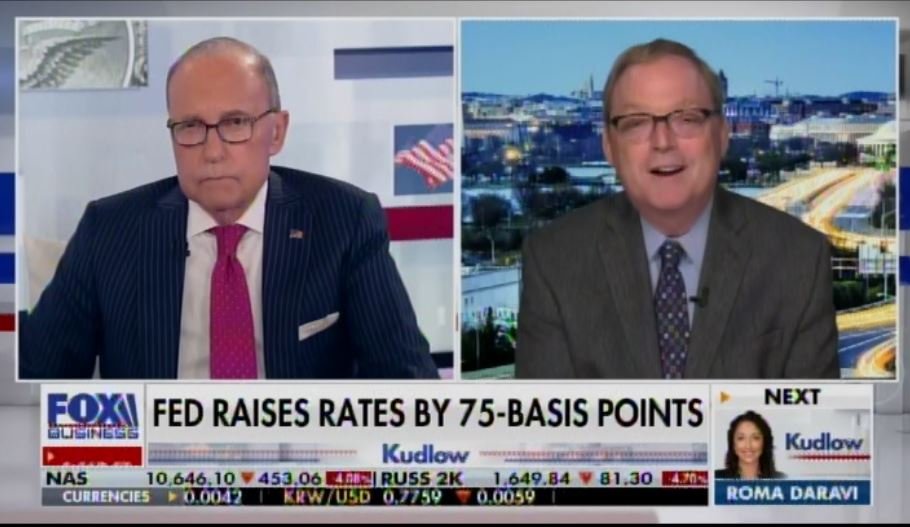 Top Economist Hassett: You’re Going to be Looking at Rate Hikes Every Month This Year Going into 2023 – Stock Market Is Halfway to Its Bottom (VIDEO) Former Chairman of the Council of Economic Advisers Kevin Hassett joined Larry Kudlow on Thursday following the horrific losses on the stock market. The Dow was down below 30,000 points for the first time since the inauguration.

Hassett says the Fed must raise interest rates 3/4 points likely until the end of the year before inflation will start to come down from the current historic rates.

Kevin Hassett: I’m very, very pessimistic on where rates have to go given how bad fiscal policy is under the Democrats. Basically, you’re going to be looking at rate hikes every meeting this year of 0.75… I think we’re probably more than halfway to the bottom but the bottom is still a ways off.

Hassett does not paint a rosy picture. There may be some more difficult days ahead.

The Dow Jones Industrials ended below 30,000 points at 29,927 on Thursday over fears of recession.

The post Top Economist Hassett: You’re Going to be Looking at Rate Hikes Every Month This Year Going into 2023 – Stock Market Is Halfway to Its Bottom (VIDEO) appeared first on The Gateway Pundit.