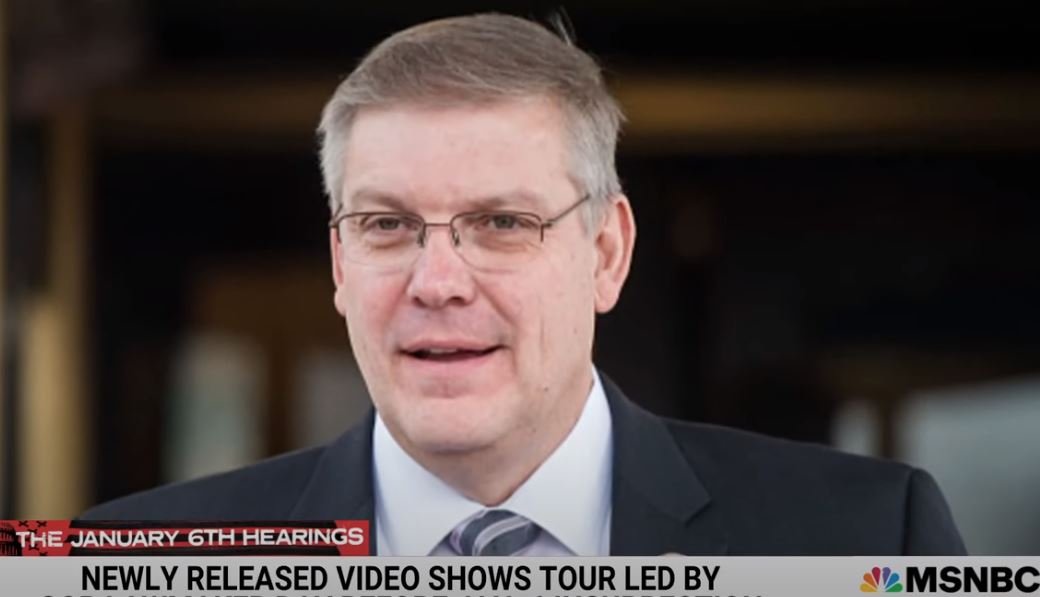 Always remember the 10 to 1 rule. For every threat made by some “rightwing” idiot, the left has made 10 to 100 times more on conservatives.

Laudermilk was targeted by Liz Cheney’s sham Jan. 6 Committee for allegedly offering a tour to Capitol Hill rioters the day before the January 6 protests.

Capitol Hill Police later released a letter exonerating Rep. Barry Loudermilk from accusations that he led a tour of the Capitol the day before a mob of then-President Donald Trump’s supporters stormed the building.

According to the letter, a review of security video footage from Jan. 5 showed a group of a dozen of Loudermilk’s constituents, which later grew to 15, entering the Rayburn House Office Building and being greeted by a congressional staffer. The group was then seen heading toward Loudermilk’s office inside the Rayburn building.

About two hours later, the group was again captured on camera entering the basement of the Cannon House Office Building, which features a series of exhibits. During the five minutes the group spent at the exhibits, Loudermilk left them and departed alone.

Despite the letter exonerating Rep. Loudermilk, the January 6 Committee on Wednesday released selectively edited video footage of GOP Rep. Barry Loudermilk leading constituents on a tour around the Capitol complex on Jan. 5th.

The sham Jan. 6 Committee did this knowing it was a lie and that Loudermilk had been exonerated.

Since Democrats and the fake news began running this false story regarding Rep. Loudermilk he has received numerous death threats.

On Wednesday, Rep. Loudermilk released audio of several threats made against him.

One caller told him he wanted to see “a shank in your throat!”

.@RepLizCheney it’s time for you to LEAVE our @HouseGOP conference.
YOU have gone too far.
And you know it more than anyone.
Barry Loudermilk NEVER did anything wrong.
This is unforgivable. https://t.co/rytY2GQsU8

The post “I Want to See a Shank in Your Throat” – GOP Rep. Loudermilk Releases Audio of NUMEROUS Leftist Death Threats After Liz Cheney, Jan. 6 Committee and Media Smears appeared first on The Gateway Pundit.