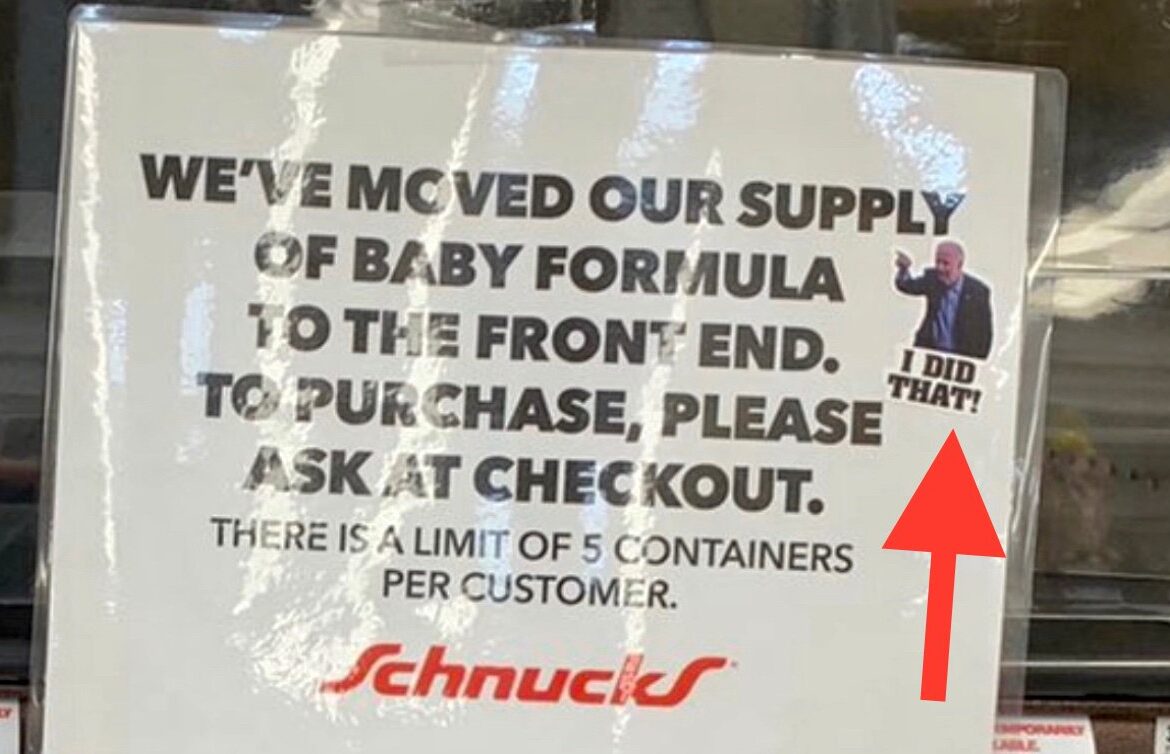 On Wednesday, Abbott, the company halted for months by the Food and Drug Administration (FDA), is again stopping production of baby formula at a recently reopened Michigan facility, this time due to damage from severe weather.

According to the company, severe weather and heavy rains flooded parts of the plant in Sturgis, Michigan. As a result, Abbott has halted the production of its EleCare baby formula. The company noted that clean-up and repair could take weeks.

“These torrential storms produced significant rainfall in a short period of time,” they noted and pointed out that a backup in the city’s stormwater and drainage system resulted “in flooding in parts of the city, including areas of our plant,” Abbott said in their statement.

“As a result, Abbott has stopped production of its EleCare specialty formula that was underway to assess damage caused by the storm and clean and re-sanitize the plant.”

The statement pointed out that the company’s leadership “informed FDA and will conduct comprehensive testing in conjunction with the independent third party to ensure the plant is safe to resume production.”

“This will likely delay production and distribution of new product for a few weeks,” the company added.

Abbott said it has an “ample existing supply of EleCare” and other specialty formulas to meet consumer demand during the coming weeks of clean-up and repair.

The Sturgis plant had reopened earlier this month after nearly four months of a mandated closure by the FDA. The plant was shut down after the agency received complaints of infants falling ill with bacterial infections after consuming formula made in the plant. However, the plant was cleared of any connection to the bacteria that caused the infants to fall ill.

On Wednesday, the head of the FDA acknowledged that he was aware of the shutdown and would help ensure that families continued access to ample supplies of baby formula.

Today, we were made aware of the weather-related situation at Abbott’s Sturgis, Mich. facility. I personally spoke to the CEO tonight and we discussed our shared desire to get the facility up and running again as quickly as possible.

“Today, we were made aware of the weather-related situation at Abbott’s Sturgis, Mich. facility. I personally spoke to the CEO tonight and we discussed our shared desire to get the facility up and running again as quickly as possible,” FDA Commissioner Robert Califf said on Twitter.

According to Califf, because of increased production from Abbott and other makers, the amount of baby formula available for consumers now “exceeds the demand for formula prior to the recall.”

The cost of baby formula has soared, with the average price increasing by 18% over the last 12 months.

The shortage has continued to persist in retail stores nationwide, despite President Biden signing an order allowing the U.S. to import baby formjula from Europe.

In April, drugstore chains Walgreens and CVS Health and the department store Target began limiting how many baby formula products consumers can purchase at once. These limits have remained in effect as of this writing.

According to a statement given to NBC News, Walgreens said, “Due to increased demand and various supplier challenges, infant and toddler formulas are seeing constraints across the country.”

Since the recall, average out-of-stock levels jumped as much as 9%, surging to about 40% throughout April, with some states seeing a shortage as high as 54% out-of-stock numbers.

The post Abbott’s Baby Formula Plant In Sturgis Michigan Closed Again, This Time Due To Weather Damage appeared first on The Gateway Pundit.