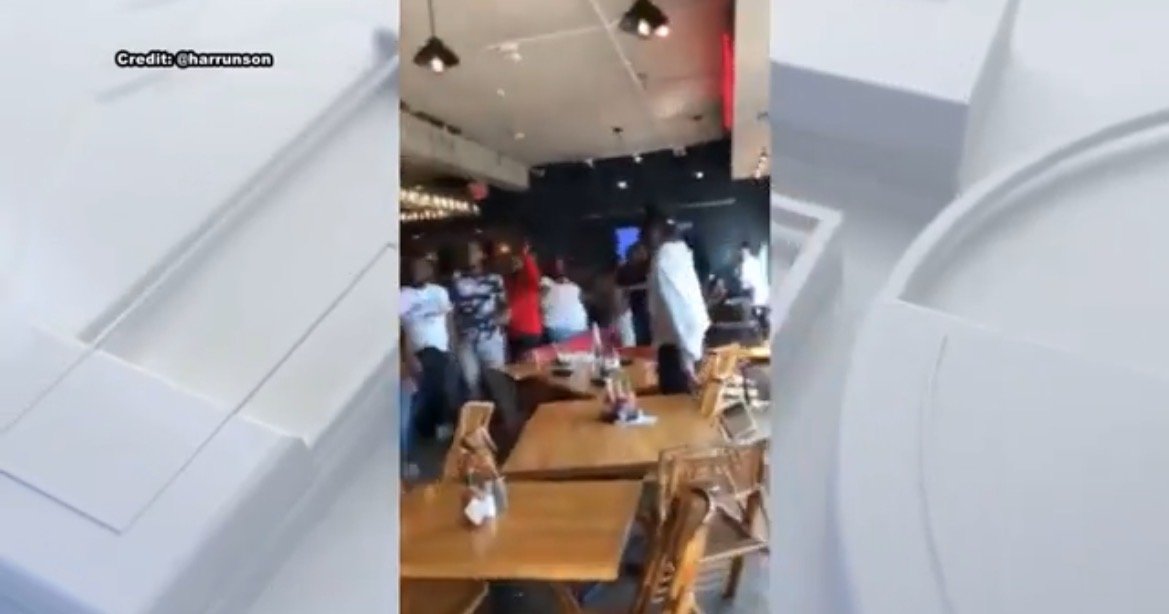 Washington, DC – A wild brawl broke out at HalfSmoke restaurant in Northwest next to Howard University on Sunday.

Cell phone video captured a half-naked woman stomping on another person’s head as a large group of diners jumped in the melee.

Another diner picked up a chair and threw it across the room.

According to Fox 5, Metropolitan police arrived on the scene after the brawlers already left the restaurant.

No arrests were made.

An all-out brawl was captured on cell phone video Sunday inside a popular brunch spot in Northwest.

The graphic video shows a group of diners fighting inside the HalfSmoke restaurant located on the 600 block of Florida Avenue in the Shaw neighborhood.

The altercation appears to be between several women, however, one man can be seen on camera visibly frustrated and attempting to charge at another patron. At one point in the video, a chair is hurled across the restaurant.

Officers from the Metropolitan Police Department say they arrived at the scene just after 5:30 p.m. on Sunday. At that time, all parties had already left the scene.

The post Wild Brawl Breaks Out at DC HalfSmoke Restaurant – Chairs Fly, Half-Naked Woman Stomps on Person’s Head – No Arrests Were Made (VIDEO) appeared first on The Gateway Pundit.