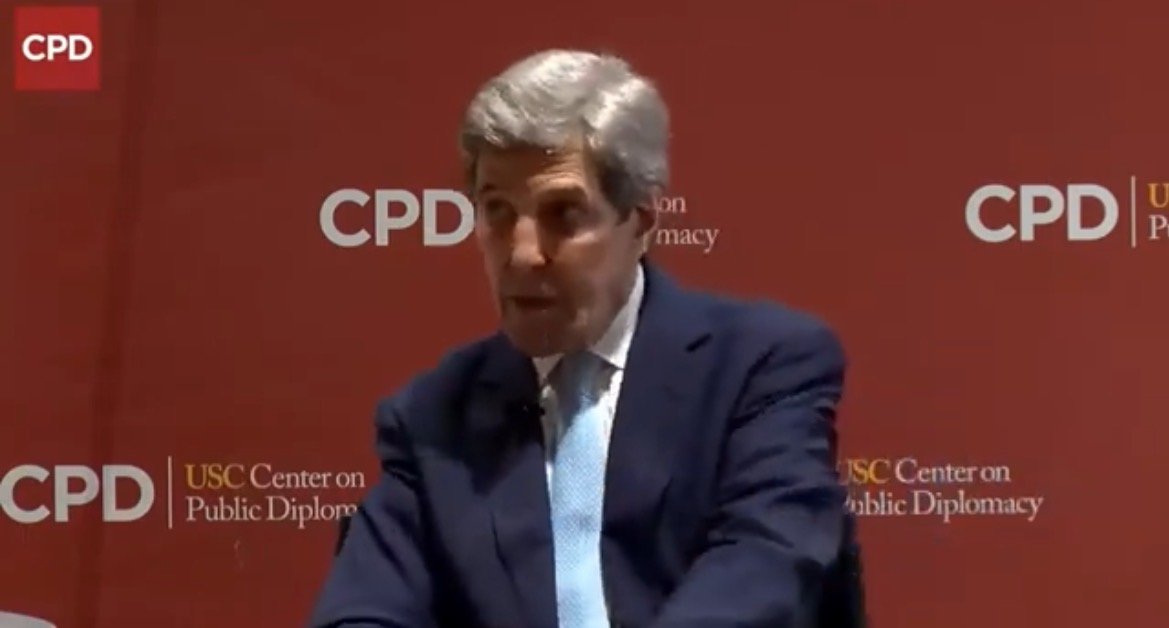 Joe Biden’s Climate Envoy John Kerry hosted a discussion with the USC Center for Public Diplomacy over the weekend.

John Kerry is the perfect person to be in charge of reducing carbon emissions since he owns several mansions, a mega yacht and flies in private jets.

Kerry made the remarks as gas prices soared to new record highs this week.

US Producer Price Index rose 0.8% in May from a month earlier. In April the PPI climbed 0.4%. The number indicates the price crunch consumers are facing under the Joe Biden economy.

Americans are being forced to make changes to their lifestyle because gas is $5+ a gallon nationwide.

Instead of drilling for more oil here at home, Joe Biden plans on begging the Saudis for more oil.

But the US can’t drill.

John Kerry was asked what his message would be to oil and gas workers who “see an end to their livelihoods” because of Joe Biden’s war on energy.

“What President Biden wants to do is make sure that those folks have better choices… That they can be the people to go to work to make the solar panels.”