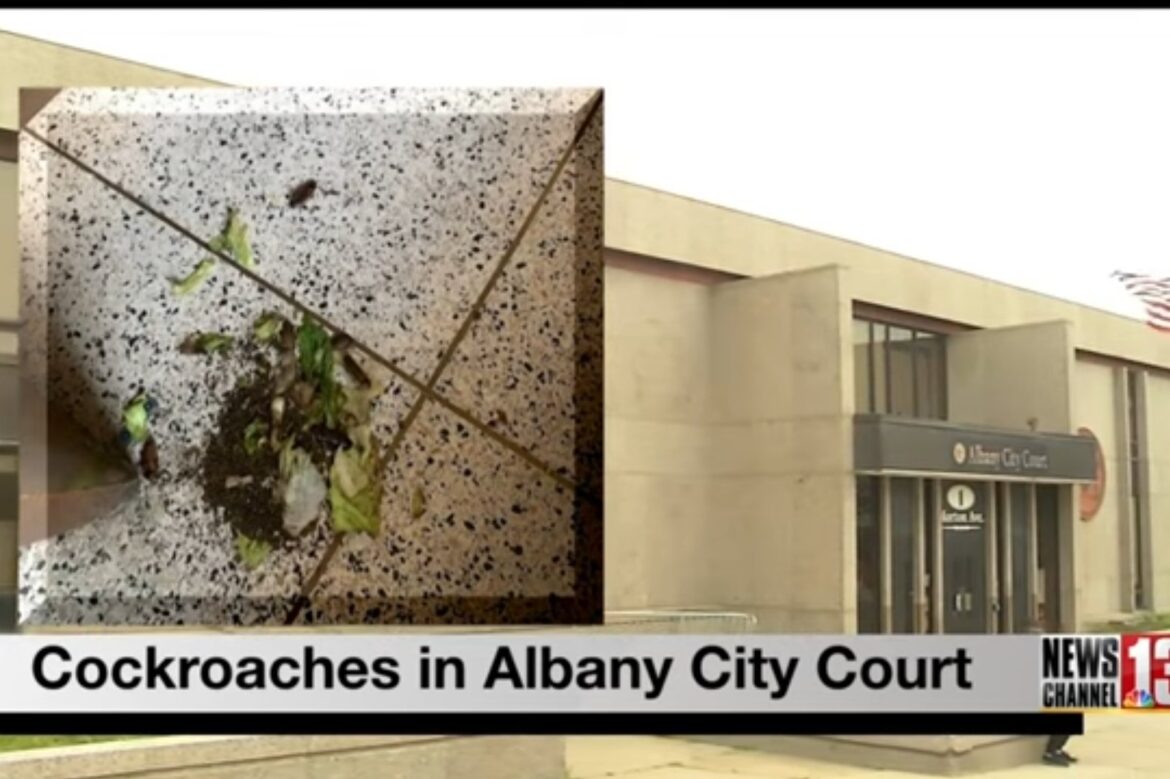 The co-founder of the Black Lives Matter chapter in Upstate New York was arrested last week after left-wing demonstrators released hundreds of cockroaches inside an Albany courthouse as she was facing arraignment.

Following the incident on Tuesday, Clyanna Lightbourn, 34, was taken into custody by the Albany PD and charged with obstruction of governmental administration, tampering with physical evidence, resisting arrest, and disorderly conduct, police reports revealed.

Lightbourn, in addition to three other activists, appeared in court for their scheduled arraignment, but, during the preceding, several BLM members in the audience began a planned disruption inside of the courtroom, according to the Washington Times.

In addition to the typical screeching and mindless chanting, the crazed activists released hundreds of cockroaches from Tupperware containers that were smuggled into the building, forcing the courtroom to close for the rest of the day in order to be fumigated.

During the commotion, Lightbourn, who formerly worked for the New York Senate Democratic Conference Services Office, began filming the incident with her phone. She was arrested after an officer took her phone and she attempted to get it back, according to sources who spoke with The Washington Times.

The behavior of the activists was immediately decried by courtroom officials, who called the BLM activists’ actions “criminal” and vowed to recoup the costs of the fumigation and shutdown from the perpetrators. Officials also confirmed that there is an ongoing investigation into the matter to determine if more charges will be pressed.From The Washington Times, which spoke to Albany court officials about the incident:

“A spokesperson for the Albany Office of Court Administration, Lucian Chalfen, provided photos of the large cockroaches crawling on the floor of the courthouse.

‘What transpired is not advocacy or activism, it is criminal behavior with the intent to disrupt a proceeding and cause damage,’ Mr. Chalfen said in a statement.

The court added that the prosecution will be seeking restitution for the cost of Tuesday’s fumigation.

…’While the incident remains under investigation, the Office of the District Attorney would like to emphasize that while the right to protest is protected, we oppose the disruption of court proceedings, and the apparent display of disrespect shown to the court,’ a statement from the Albany County District Attorney’s Office read.”