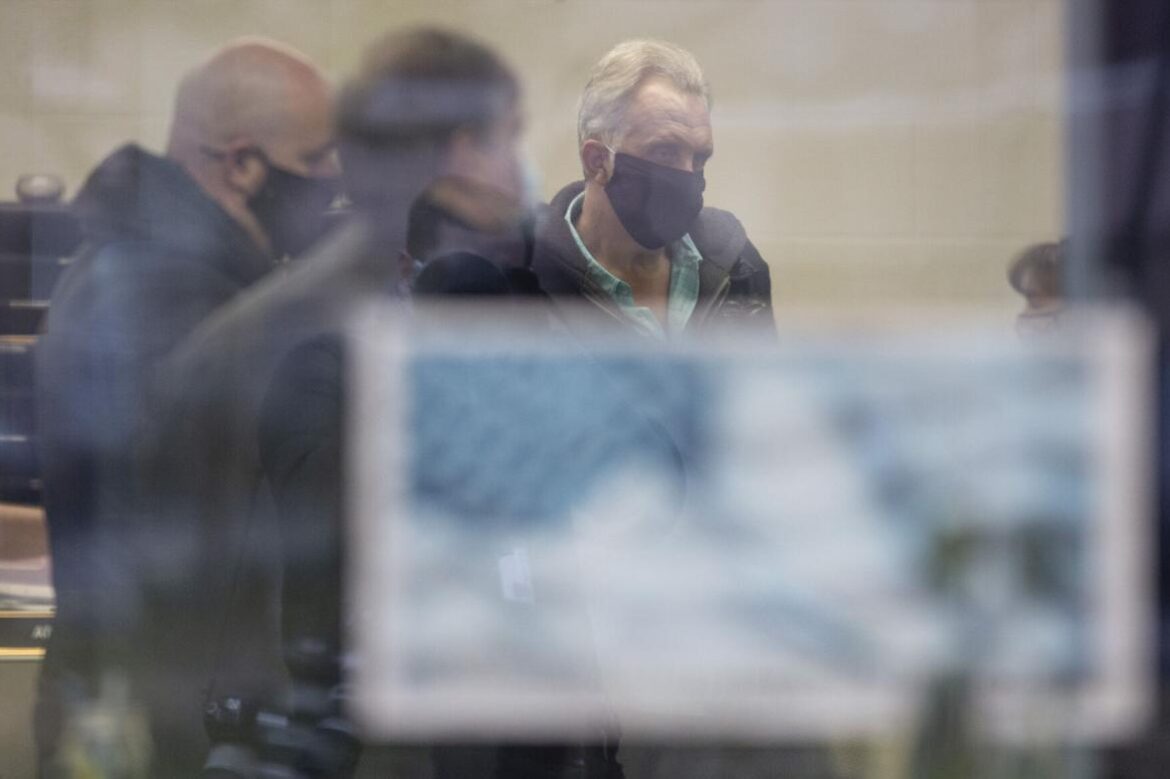 June 13, 2022 – We all remember Antrim Co, MI from the 2020 election: the blood red county initially returned mind-blowing numbers that showed Joe Biden won the contest in that county despite the overwhelming Pro-Trump sentiment. But then, the following morning, someone brought this up to election officials and they quickly took down the results. From there, all hell broke loose.

Halderman is no stranger to Georgia voters either after he released another report on Dominion ICX machines in Georgia that led the CISA to release an advisory acknowledging major vulnerabilities on the Dominion Democracy Suite software.

CISA also released a list of mitigation recommendations for these vulnerabilities that has gone wildly unacknowledged by the oblivious election officials in Georgia.

It is also worth noting that this report is still *sealed* from the public by Judge Amy Totenberg. Why would a report outlining vulnerabilities in our elections be concealed from the public? This in and of itself should be infuriating.

This article is going to draw similarities between the Antrim Co report and what happened in Dekalb Co but has gone relatively unchecked.

Below is Halderman’s own words of what happened in Antrim:

To understand this, we must first understand how a ballot is designed:

In simpler terms, all of the precincts in a particular county are incorporated in the ballot design using Dominion’s Election Event Designer (EED). Let’s say you have precincts A, B, C, D, and E. Precinct A would start with 1-20 (with each number representing a candidate and their respective “bubble”). Precinct B, rather than starting with 1 as a new ballot, continues on from A and starts with 21. So B is now 21-40 even though the top of the ticket may be the same on B as it is on A. C is now 41-60, D is 61-80, and E is 81-100.

Now, say a candidate drops out of a race in Precinct C. You update the EMS, precinct tabulators (ICPs) and the BMDs at C to reflect this addition but you don’t update D or E. So now C has 41-61 (instead of 41-60) on its ballot and the EMS reflects this if properly updated.

But because D and E weren’t updated, they still have 61-80, and 81-100. This means every race on their ballot has dropped down one, so a vote for the candidate on line 63 now becomes 64 and a vote for 87 becomes 88. This is why they claim the ballot change in Antrim Co caused a down-ballot miscounting of votes. And it did. Antrim Co did not just flip the Presidential race.

This is eerily similar to the issue in Dekalb Co., where candidate Don Broussard withdrew from the race on April 11, 2022. It was reported by Decaturish.com that Don Broussard did not appear on the early voting ballots. This is a half-truth. He did appear on the ballot according to Dekalb Co’s webpage (on the wayback machine…2nd page, middle right side of ballot) but he had a strike through his name with “WITHDRAWN” written below, but still a voteable bubble appeared next to his name.

Because of this “withdrawal”, candidate Michelle Long Spears was originally reported in 3rd place. However, after a hand recount, it was discovered she actually was in 1st place and the first place candidate was now in third. We’ll discuss this in more detail later on.

Here is the explanation for this discrepancy given by Dekalb Elections Board Chair Dele Lowman Smith:

“There was a technical glitch that did not completely remove a candidate from the reporting system, so when the votes were output they were misaligned to the candidates. One candidate appeared to receive no votes.”

So here she is stating the candidates were “misaligned”. If this is true, as per the above description of how a ballot is made, the entire election from that precinct on down may be inaccurate. But she goes on to say:

“It was trying to fit results for three people into four slots, so one person appeared to have received zero votes, and other people were attributed, in the report, votes that actually were not theirs so we have to align those votes to the proper candidates.”

This is not how ballot design works. Not even close. There is no “three people into four slots”. Every candidate has a numerical value assigned to their “bubble” on the ballot. It is not divided into “slots”. The candidates in this race may be, for example, 221, 222, 223, 224 with the candidates in the next completely separate race being 225, 226, 227, etc. There is no “slot” where they could be exclusively removed without impacting the down-ballot candidates positioning on the ballot unless ALL precincts and EMS are updated to show the removal of Don Broussard.

Here is a graphic from Halderman’s report that explains this using Antrim Co:

Lowman Smith goes on to say:

Again, this is inaccurate. Broussard was in fact on the ballot and he seems to have maintained his position on the ballot, albeit with “WITHDRAWN” added.

Again, this ballot is the “sample ballot” posted on Dekalb Co’s webpage on April 19, 2022. If this is the case, and he did remain on the ballot, their entire excuse for this is debunked and there needs to be a thorough investigation into what actually happened then. A majority of precincts in Dekalb showed votes for Broussard in the hand recount, which is concerning for someone who was taken off the ballot.

If this is not the sample ballot, and he was removed, then given the discrepancies in Dekalb’s counting of the election, we need a full recount of the entire ballot in Dekalb Co. for each and every precinct. We also need an explanation for how votes for Broussard appeared in the Statement of Votes Cast linked above.

Lowman Smith goes on to say:

“That was a coding error. The ballot had to be changed in order to remove the candidate who withdrew, but there was also a separate place where it needed to corrected and that did not happen. They were not speaking to each other, and it made it look like one candidate received votes that were actually supposed to go to another candidate. There was a whole round-robin that happened. We’ve got to figure out who got those votes. There was not a single person who didn’t get votes.”

So Lowman Smith claims the ballot was changed, but the “separate place” wasn’t. We need to know where this “separate place” was. There are several places that also had to be updated with this simple change (if he was, in fact, removed from the ballot, which is highly questionable). And each place has a unique consequence that could severely impact results.

So just to clarify where we are at right now: we know that the Dekalb Co Commissioner D2 race was inaccurately reported from the machine count. We know that Michelle Long Spears, one of the candidates, raised red flags when her precinct showed “0” votes despite her and her husband voting for her. We know that on May 28th, Dekalb began a machine recount for Spears but abruptly stopped the count after spending almost the entire day conducting a Logic and Accuracy test. Inexplicably, on May 29th, they began a *hand* recount instead of a machine count. They finished the recount on May 31st, but waited over 24 hours before posting those official (and shocking) results. We also know they did another hand recount that yielded even great discrepancies. Here are the initial machine count and the initial hand count side by side:

Besides Spears going from third place to first place, there are two other glaring issues with this data:

To further dump salt on the wounds of Georgians who have been beaten up by their Secretary of State’s refusal to heed the concerns of their constituents: Georgia is completely ignoring the Federal Government’s Cybersecurity and Infrastructure Security Agency’s recommendations regarding these machines.

In their advisory, under Mitigations, they recommend:

Post election testing/audits are the only mitigation steps mentioned twice on that list. I would assume because of their importance.

There has been one hand recount in Georgia for the 2022 primaries, despite major discrepancies in Cobb Co, Fulton Co, and Dekalb Co (that we know of). And that hand recount *found* 2810 ballots and flipped a third place candidate to first.

Using J. Alex Halderman’s 54 page analysis of Antrim Co, which was heralded by the “Big Lie” mainstream media as solid proof Antrim didn’t “flip votes”, we know that either there is a major issue in Dekalb that could effect every single race on the ballot if Don Broussard was removed and the proper updates weren’t applied

We don’t know what caused this, because according to Dekalb’s own website on the wayback machine, they didn’t actually *remove* Don Broussard, but simply struck his name on the ballot and put “Withdrawn”. This would render Lowman Smith’s wild misunderstanding of ballot design “moot”.

The bottom line is this: the Federal Government, which touts “no evidence” any of the Halderman vulnerabilities being utilized in 2020, has laid out precise mitigation efforts to catch any of these vulnerabilities being exploited moving forward. Most of the suggestions from CISA for 2020 involve records that Georgia has deleted. Original ballot images, .sha validation files, chain of custody documents, thorough Logic and Accuracy testing, etc.

Now we are on to 2022 and we have a chance right now to clean this up and reinstall an inkling of faith in the elections in Georgia. But the Secretary of State is pressuring election officials to hurry up and certify or face hefty fines. Why the rush?

Could it be that Gov. Brian Kemp won his primary race with 73% of the vote despite polling around 55% the entire election cycle?

Ironically, both Kemp and Raffensperger seem to have outperformed *ALL* polls by 13-18% or so. This is incredibly unlikely.

I reached out to Dekalb Elections for comment prior to this article but have not heard back. I will update accordingly if they respond.

If you wish to let these election officials know that we demand transparency in this process and demand they conform to the mitigation recommendations set forth after analyzing their machines specifically in Georgia, feel free to write or call:

Or email them using this form

This article was republished by The Gateway Pundit with permission.